This home on Tanager is the third we have designed on this tiny but very exclusive street in West Hollywood. A cul-de-sac with spectacular views, it’s a much sought after location. Our project sits on a corner lot which allowed us to separate pedestrian and vehicular entry to the project. Our primary concerns were to achieve a large program and maximize available views of the city below. To achieve this we utilized a single story over basement design. The key to the basement was to find a way to maximize light and create spaces that people would want to inhabit. Our solution was a linear light well separating the street from the house proper. From the street, only the entry gate is visible between two large stone walls. Upon entering the view is revealed through the spectacular glass living space which is reached by means of a bridge over the light well and water feature. The intent of the bridge is to slow the participant down and create a feeling of separation from the street behind. The light well opens completely to an entertainment space and an office area; light is bounced in by means of a white marble waterfall. The water feature fills the light well except for a floating platform ideal for reading or admiring the living green walls at either end. The basement is further enhanced by a skylit stairwell and bedrooms that daylight to the view beyond. The interiors of the house were co-designed with Minotti and reflect their deep rich color palette creating an inviting series of spaces. 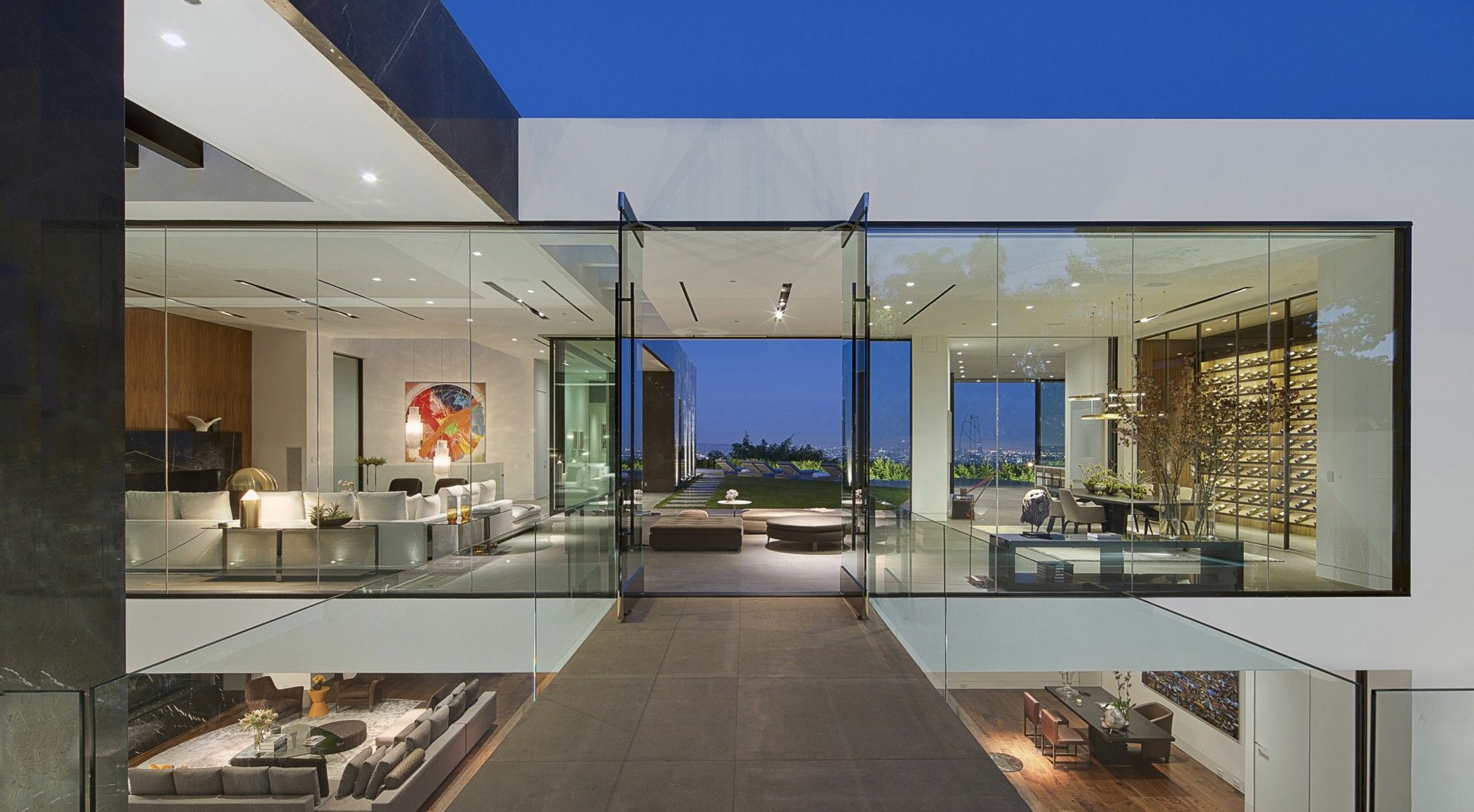 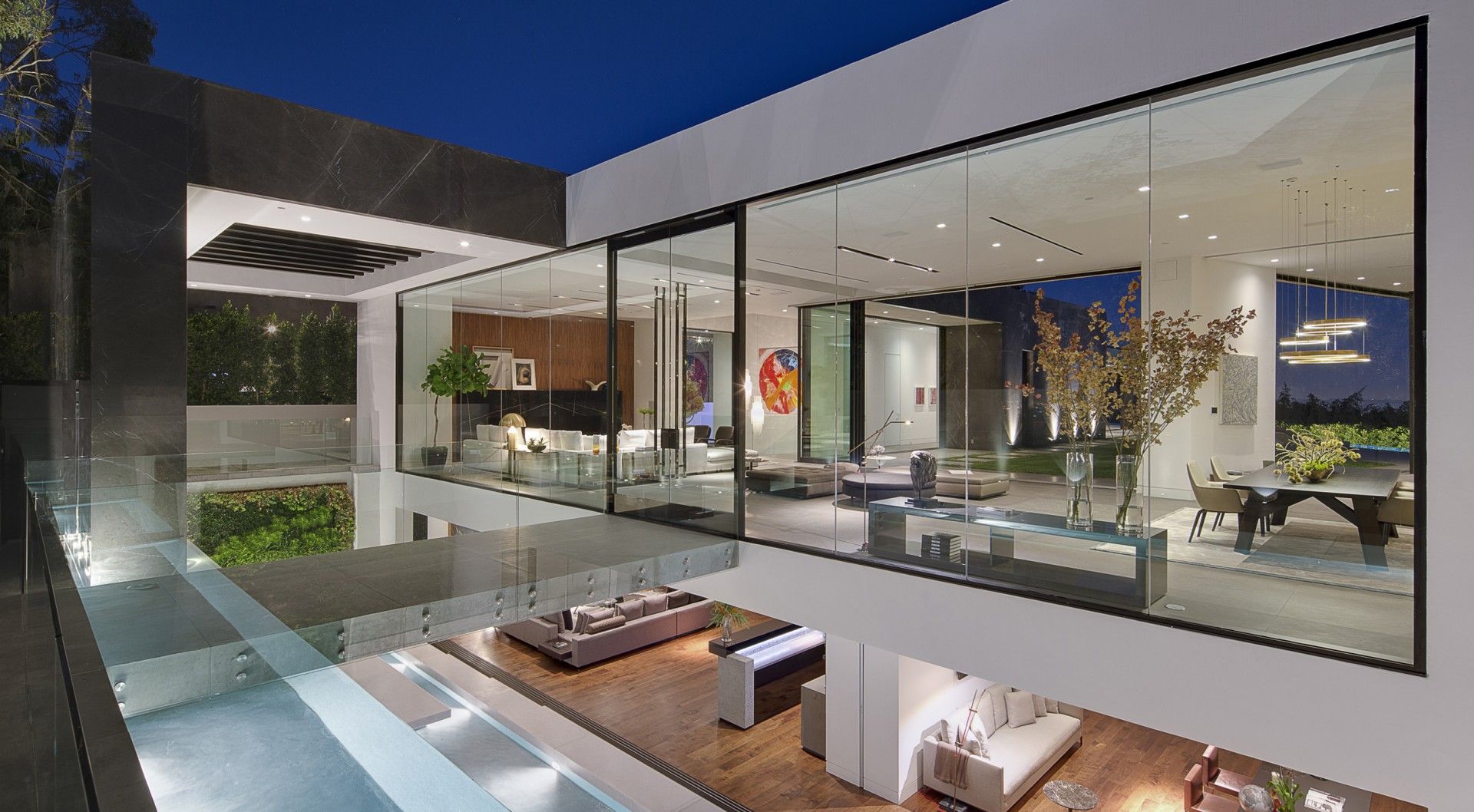 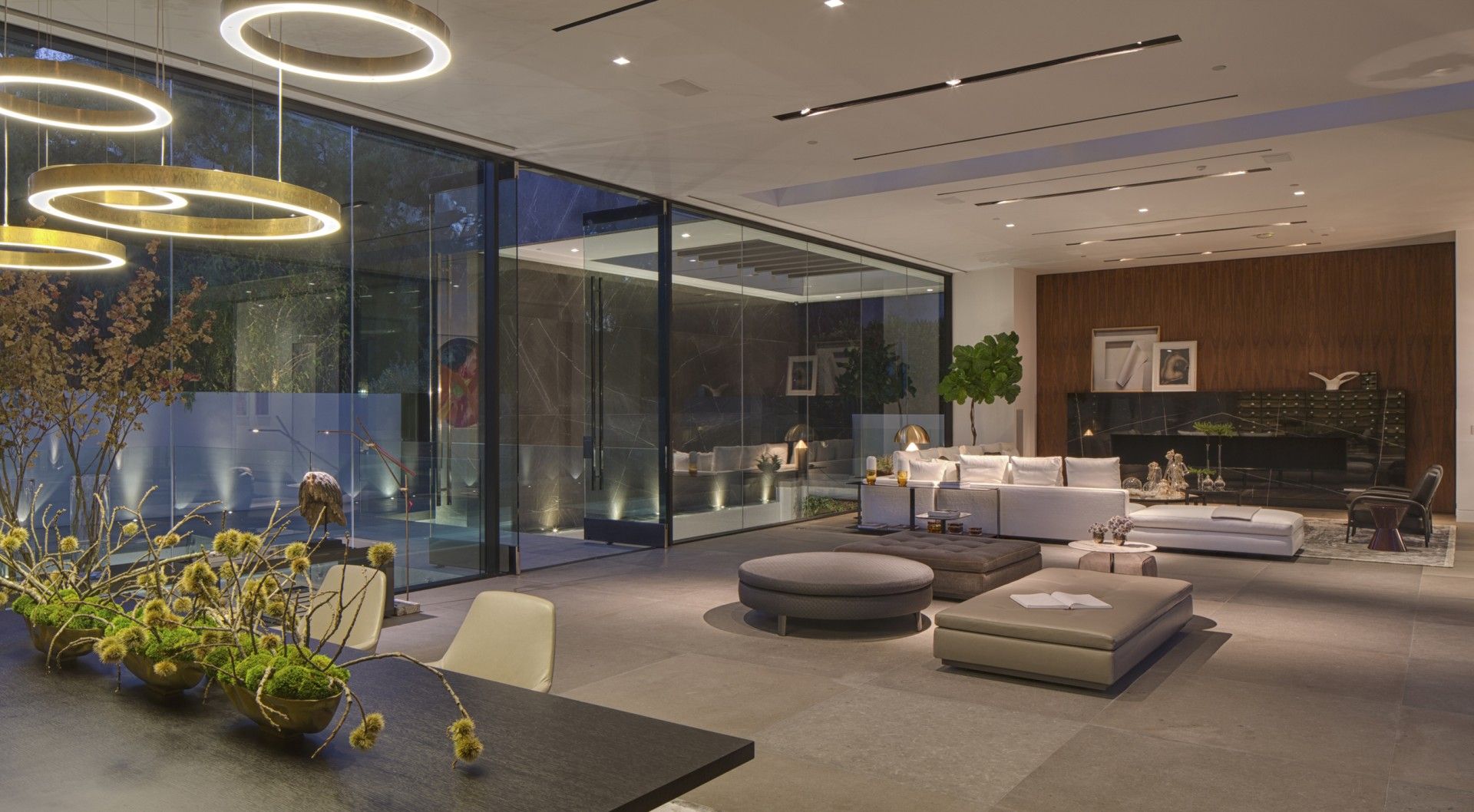 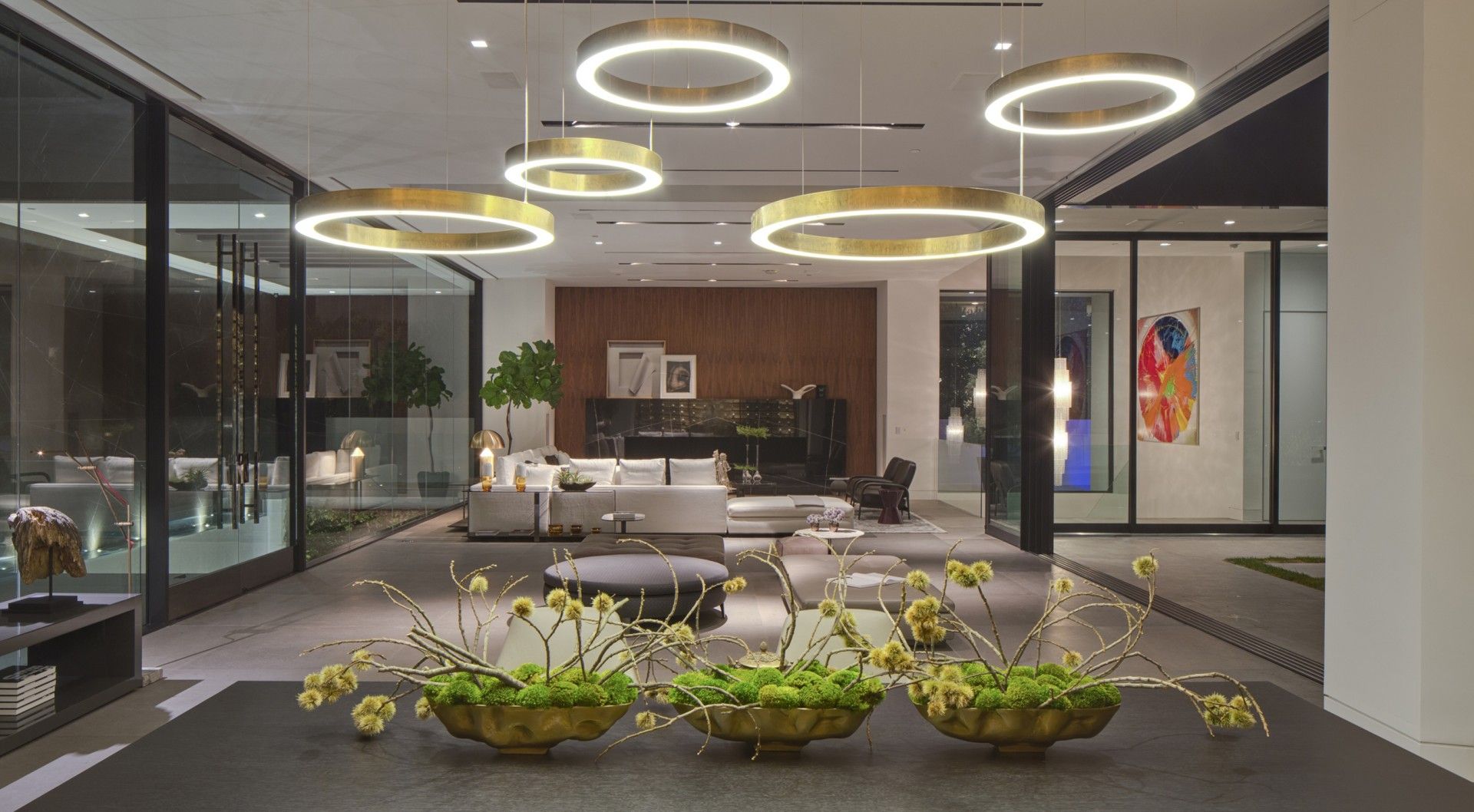 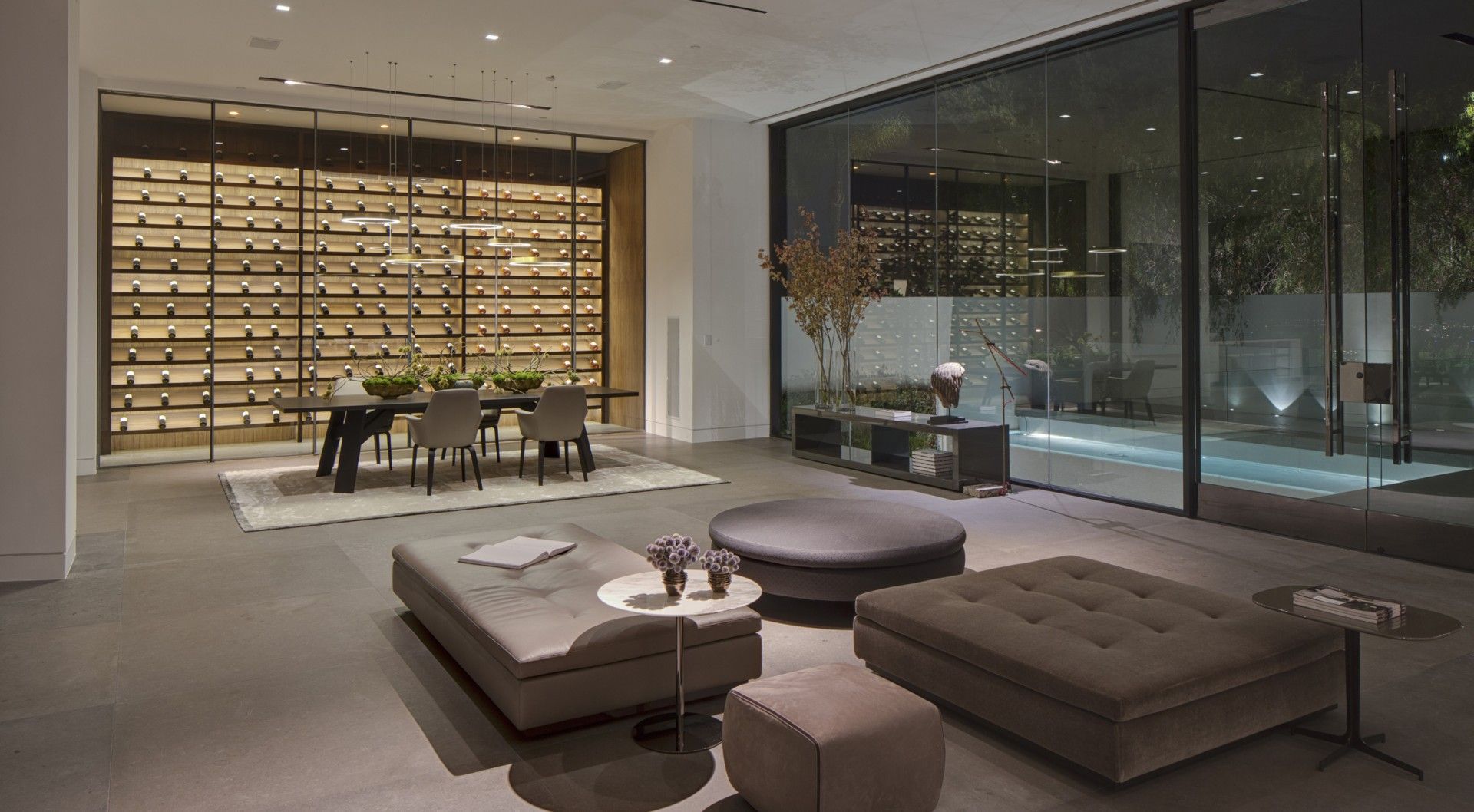 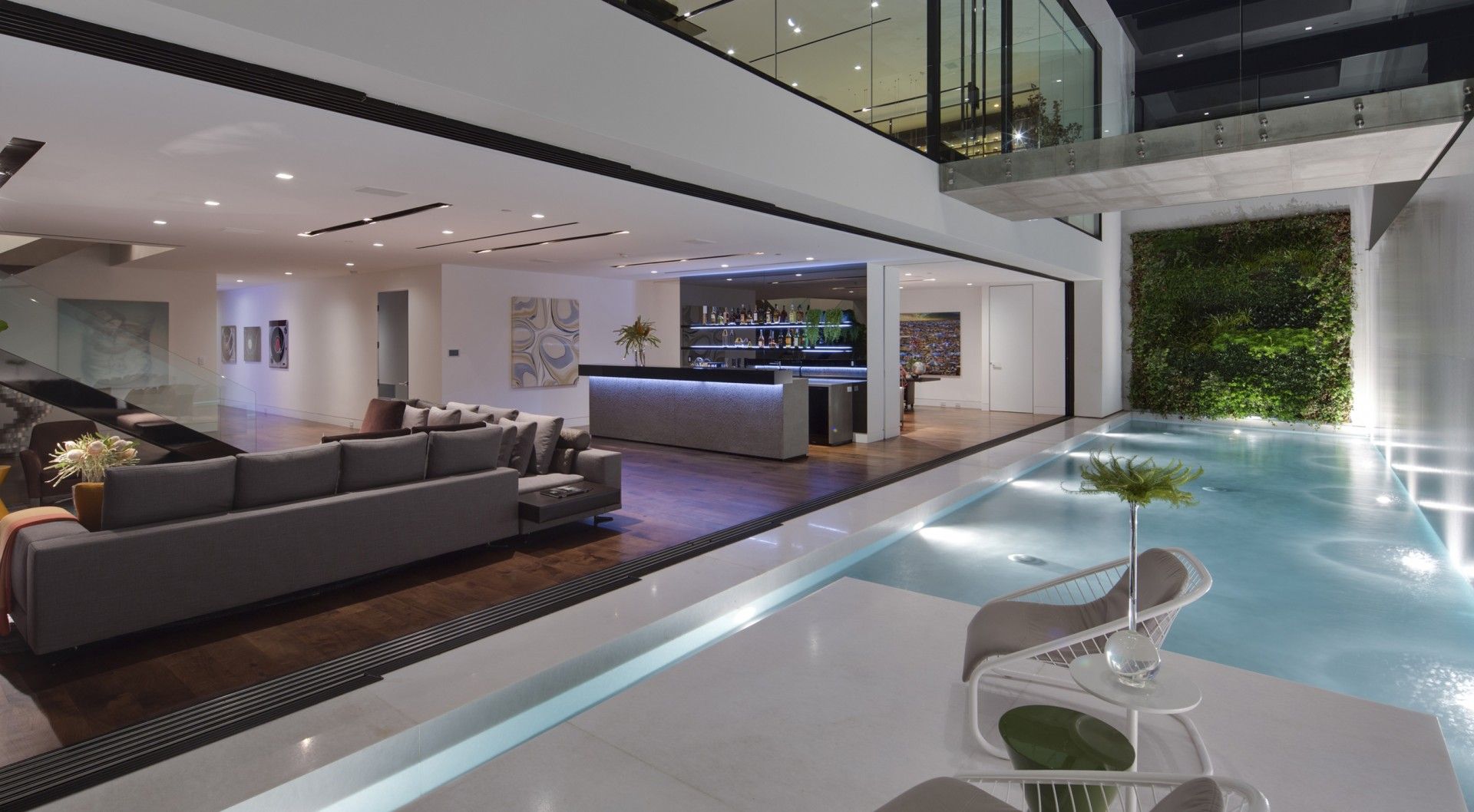 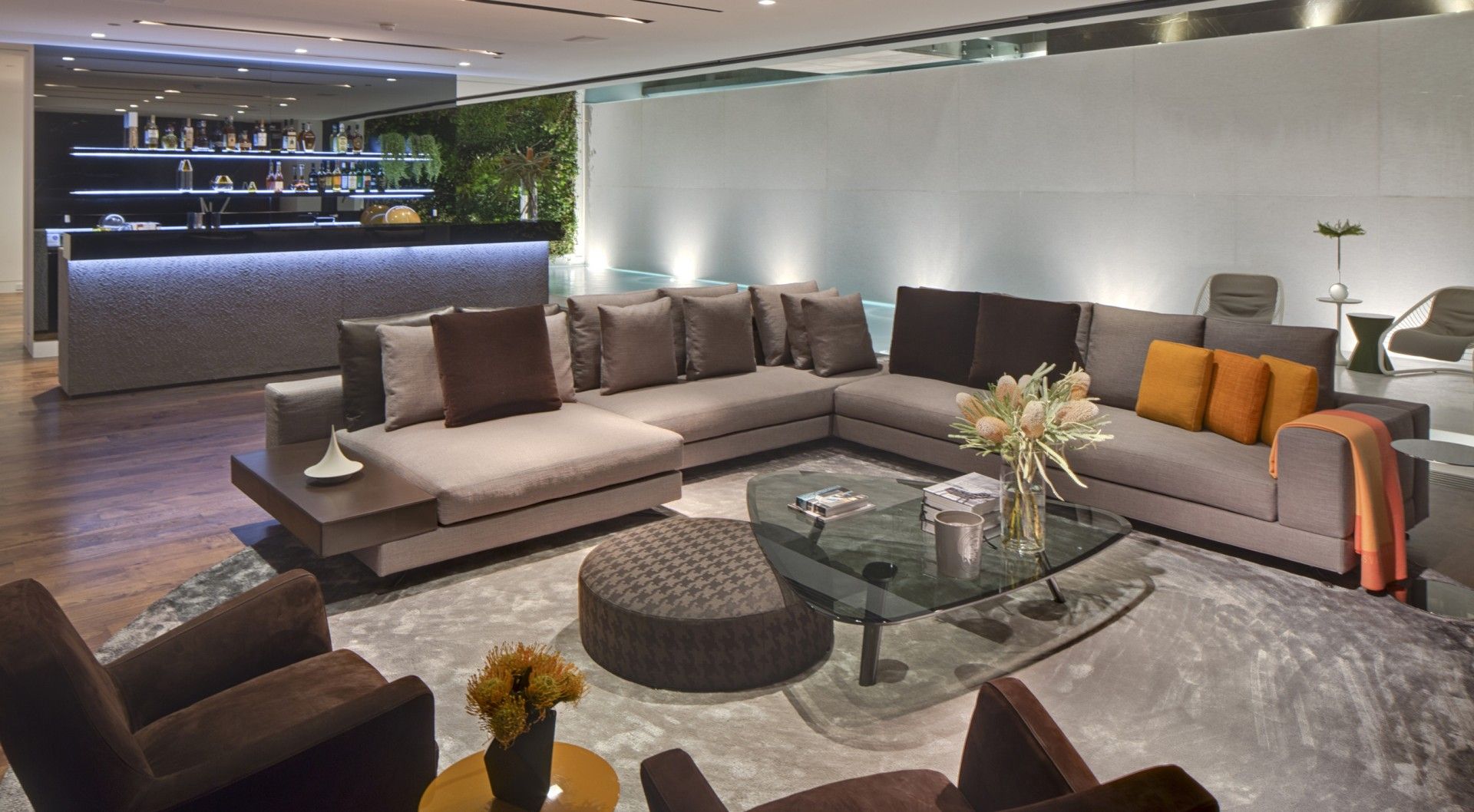 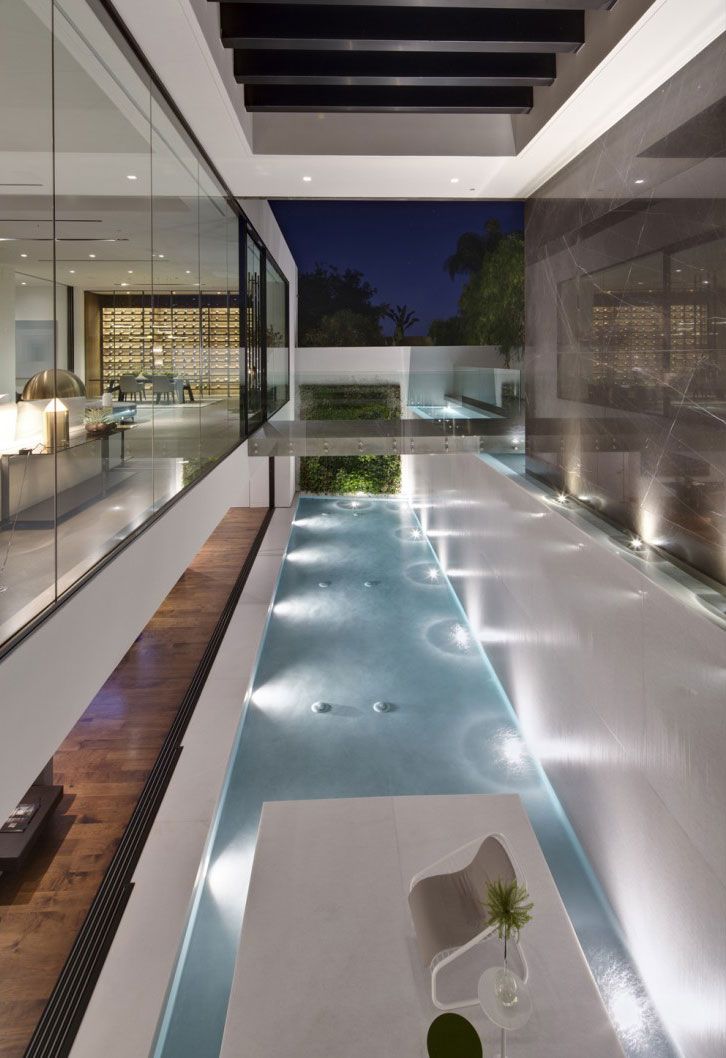 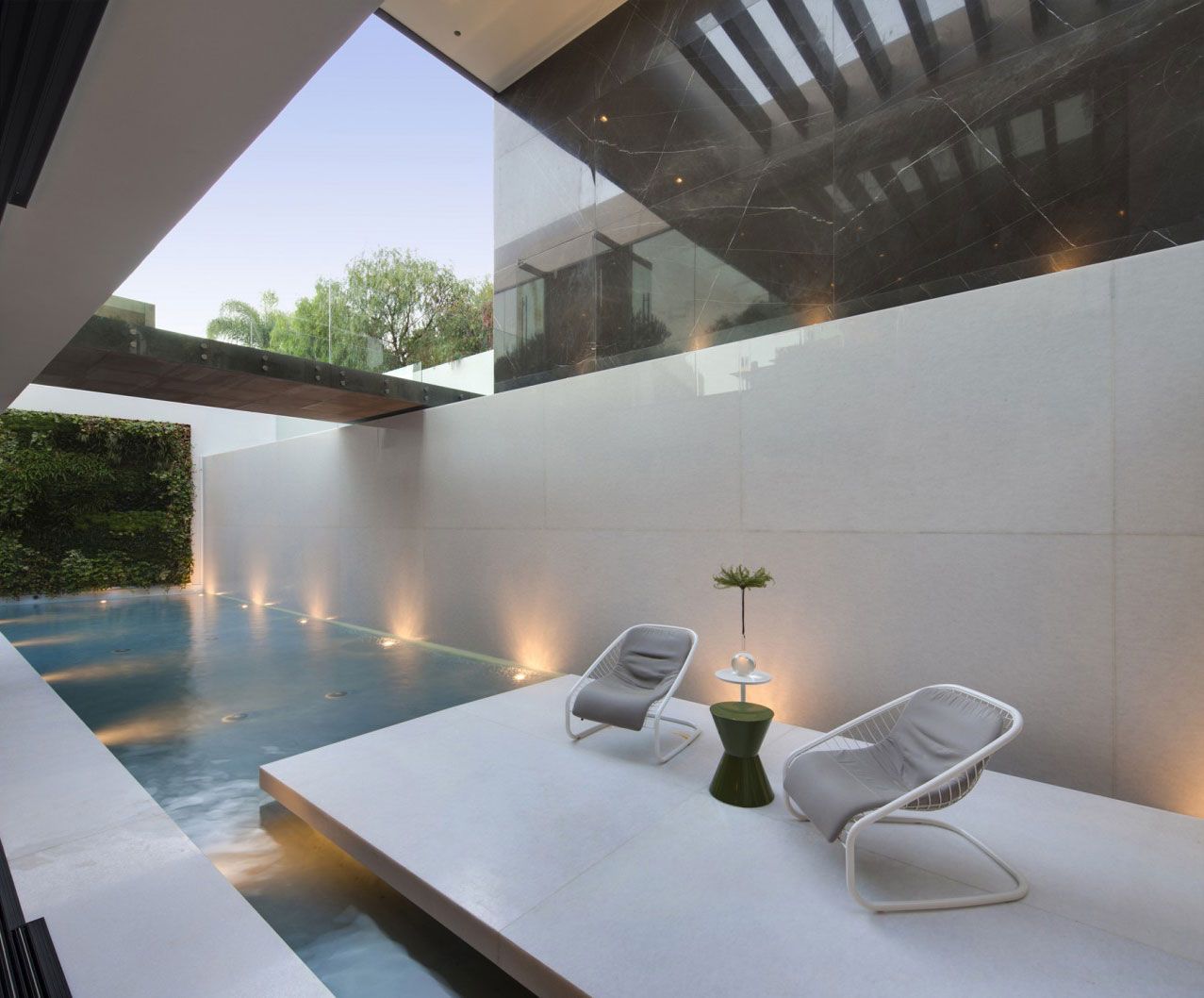 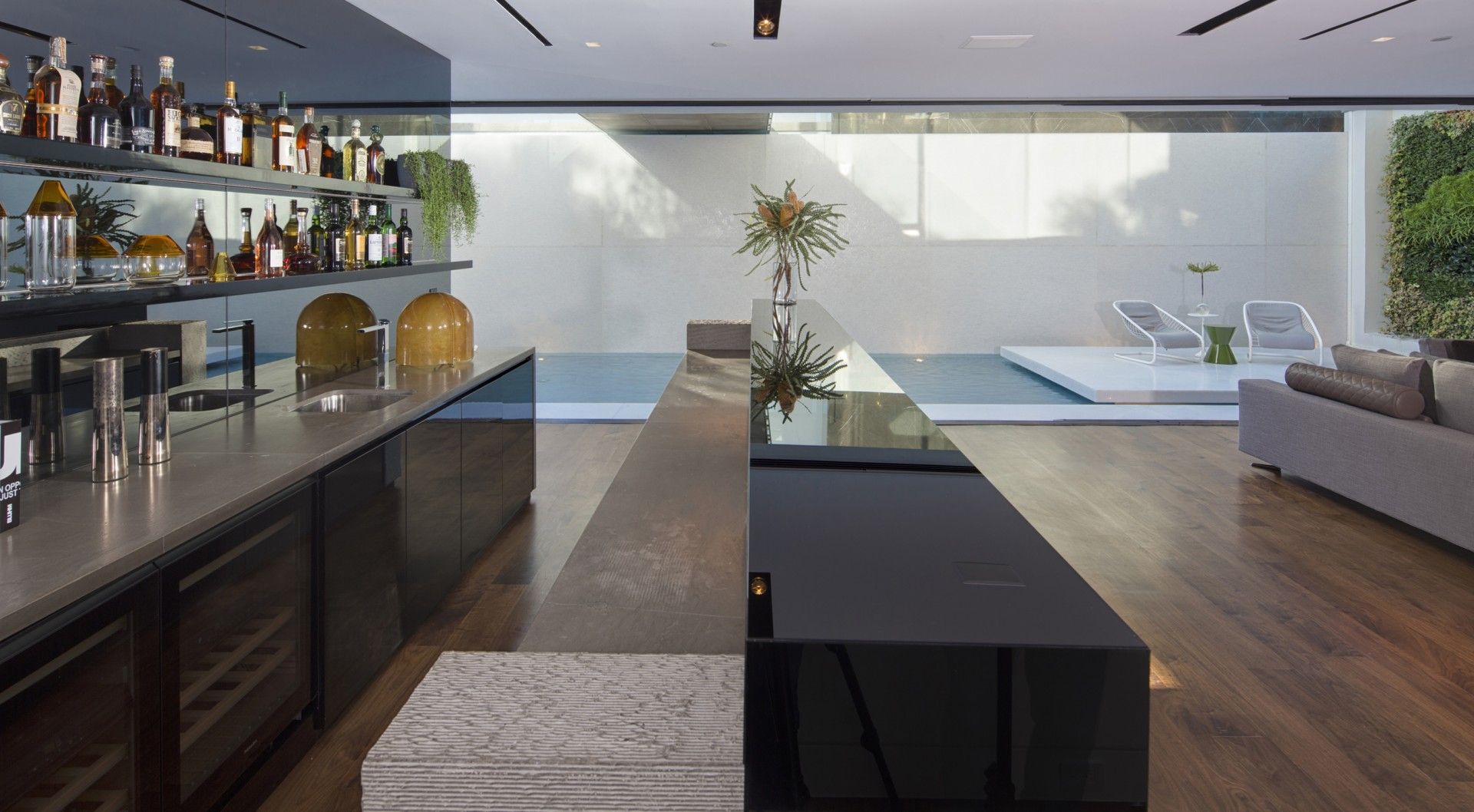 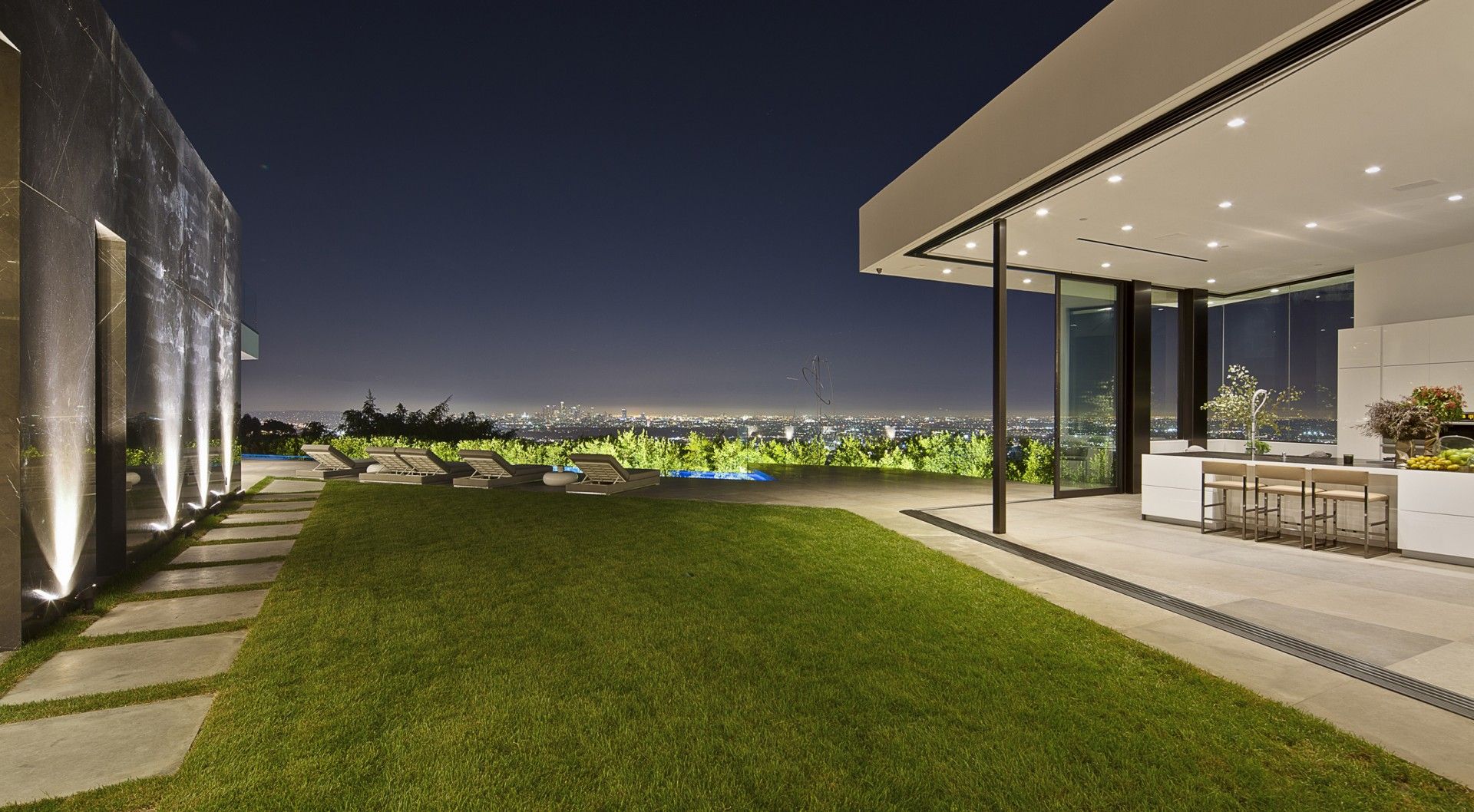 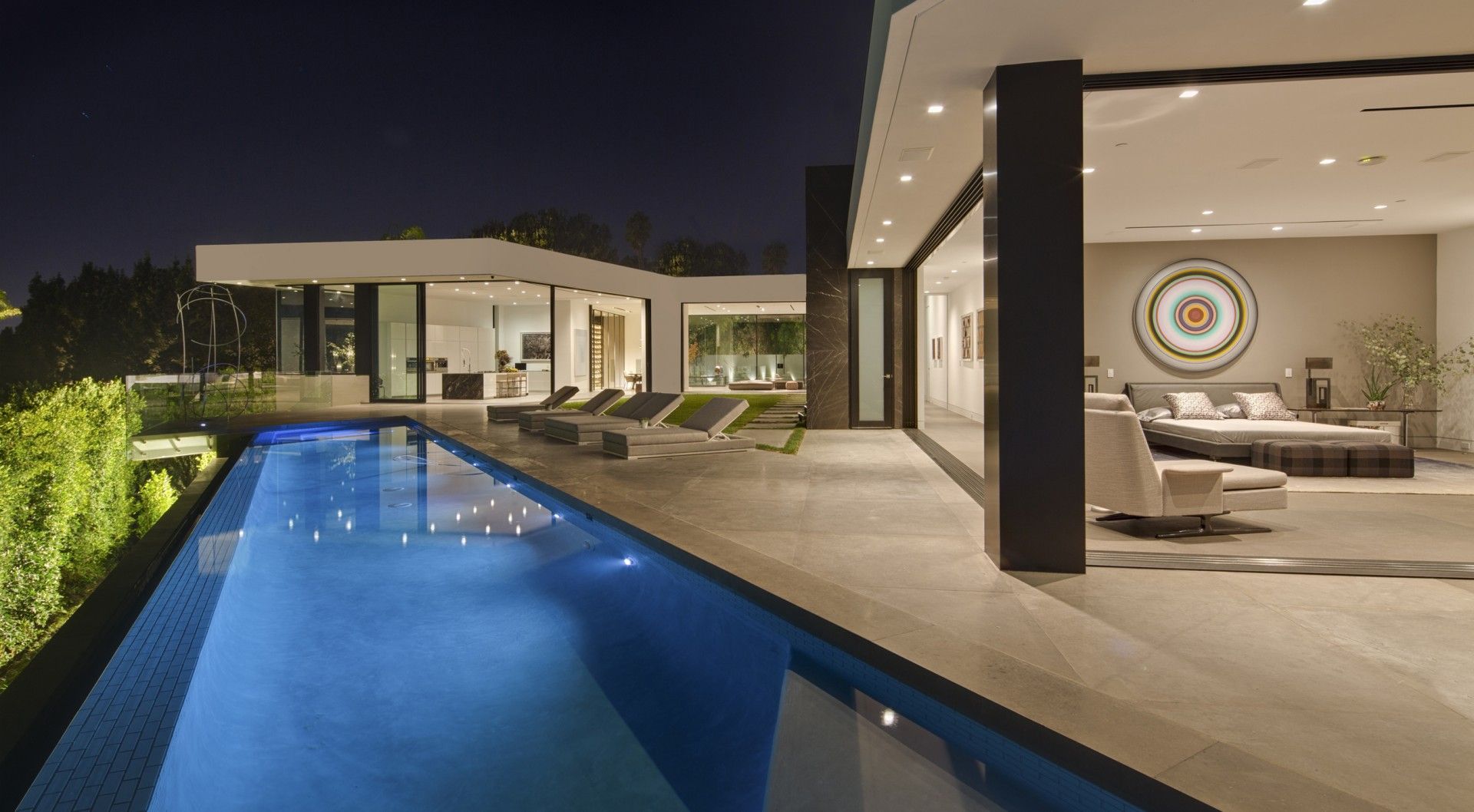 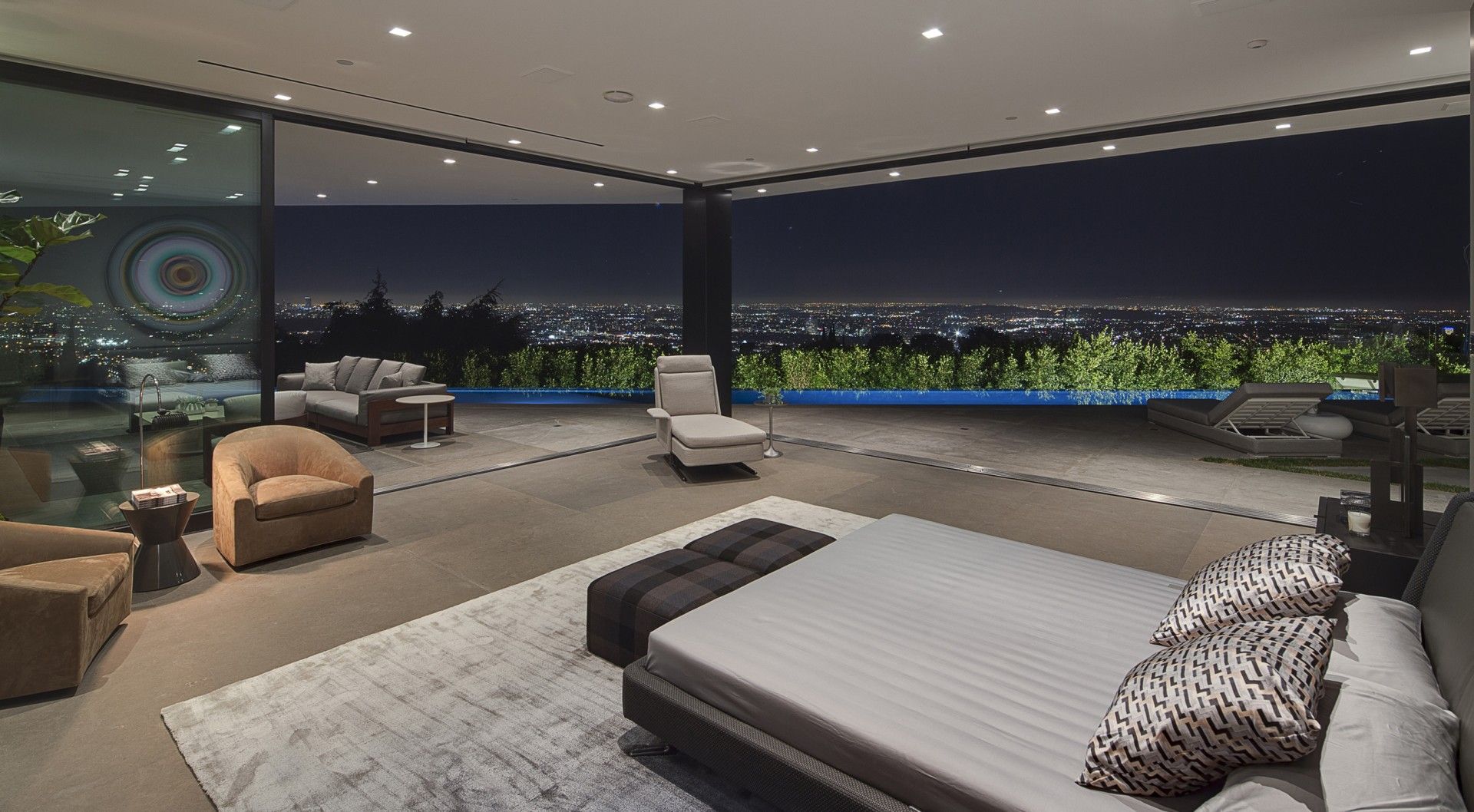 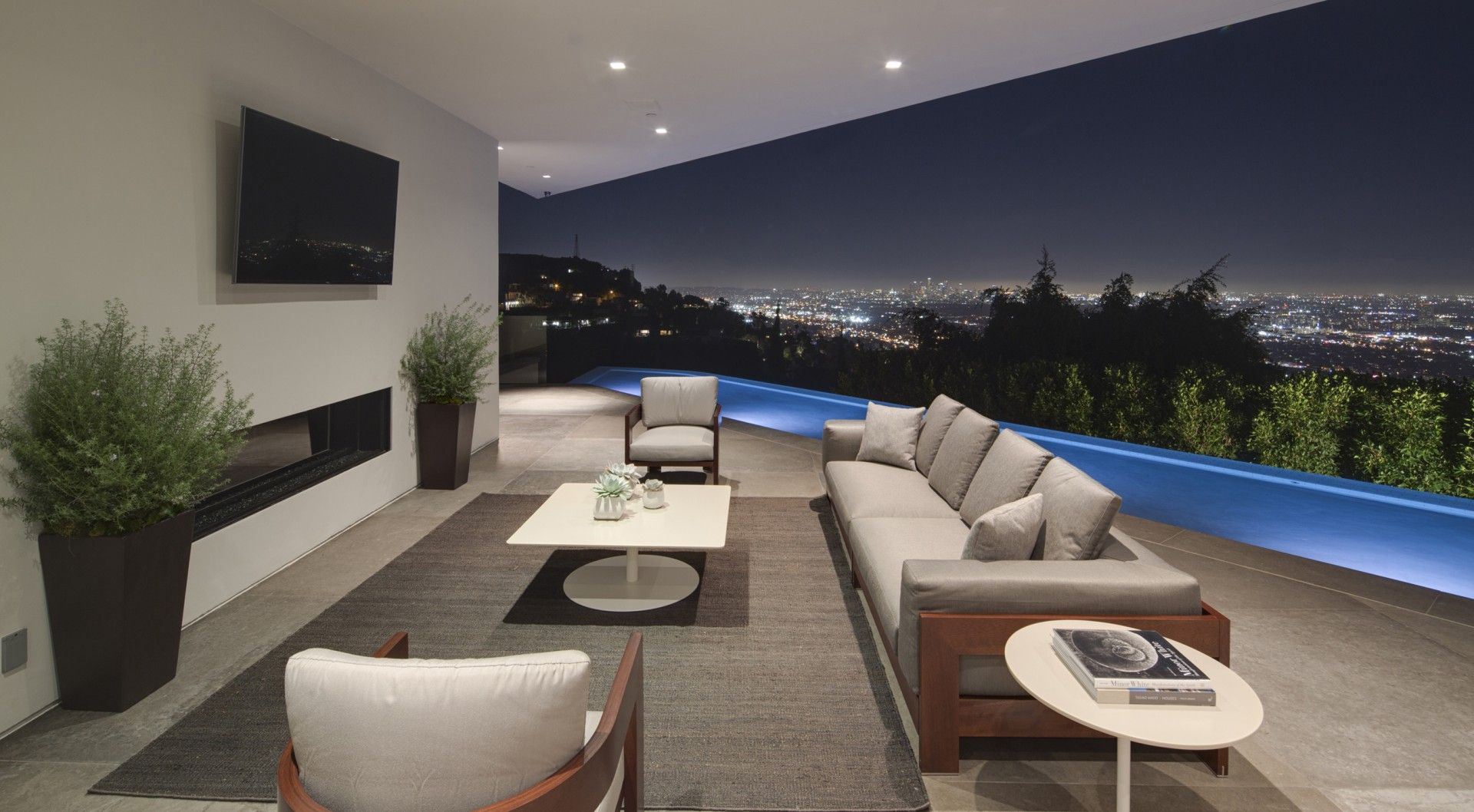 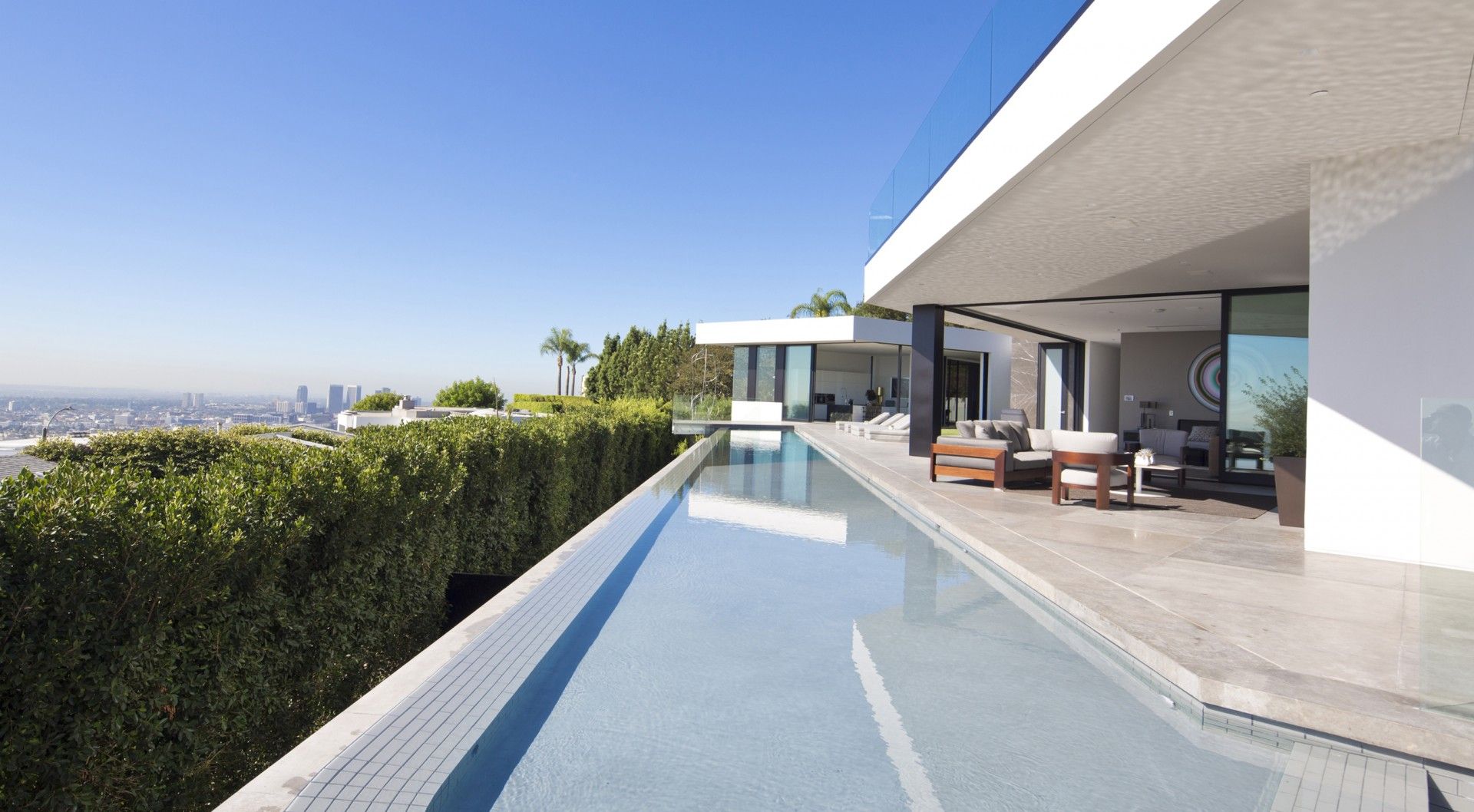 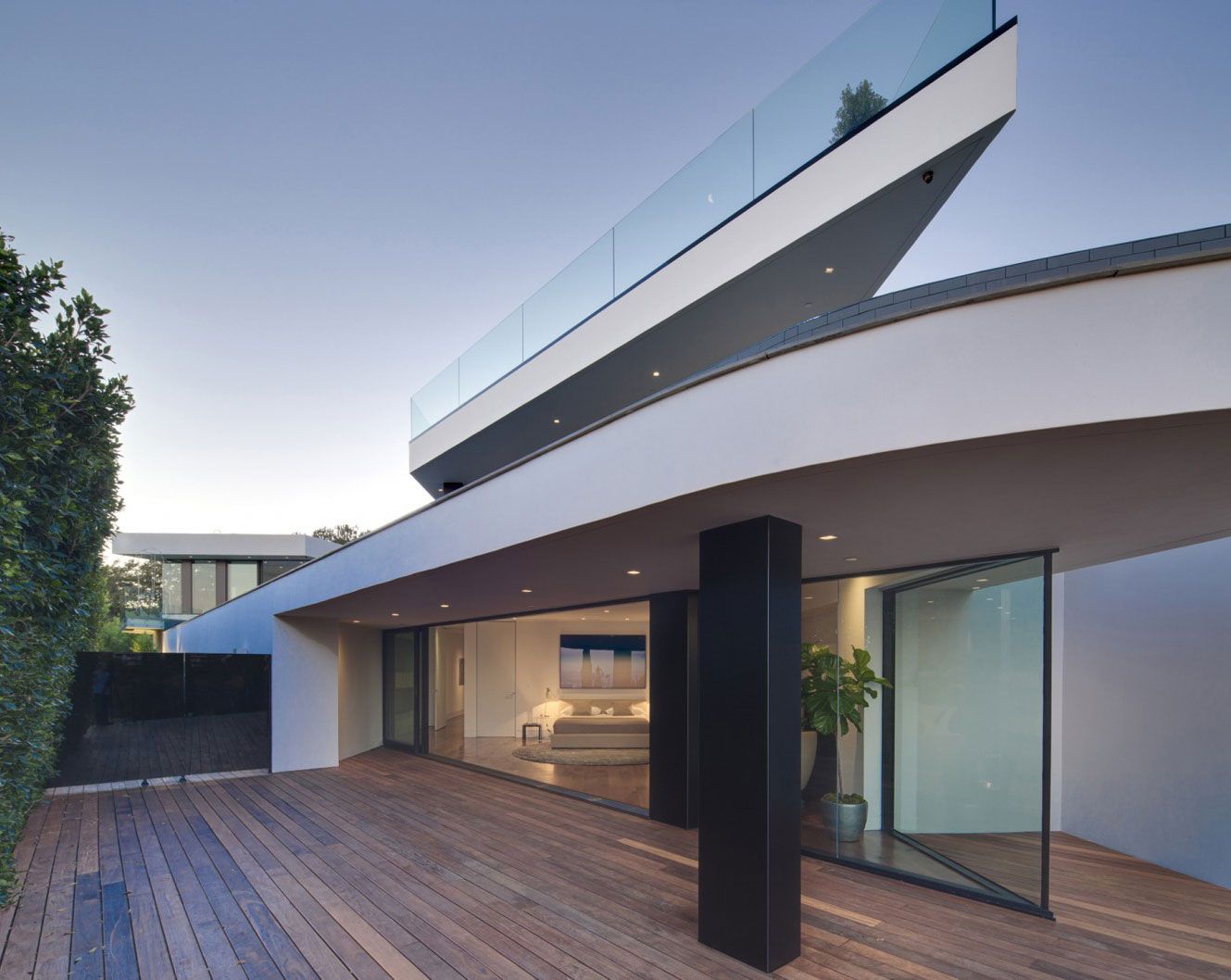