The new residence is a remodel of an existing home that was designed in the French style during the 1970s and was in very bad shape. The existing house was stripped down to framing and rebuilt in a contemporary style to take advantage of the magnificent views over the city of Los Angeles below. Both the house and pool are shaped in configuration. Central to our concept for the house was to remove the existing pool which was located in the middle of the yard and push out a new pool to the extremities of the lot to produce a larger outdoor living space wrapped by the house and the infinity pool. Ceiling heights were increased in the main living areas and the plan opened up to visually connect the different spaces. A key element of the design is the transparent sliding door systems which open the interior up to the outdoors and the view. The house is laid out on one level, something of a rarity in the Hollywood Hills, and consists of three bedrooms, living, dining, kitchen and family rooms, as well as a small screening room and gym. We kept the palette of materials extremely simple using white limestone, brushed aluminum and stainless steel warmed by oak walls and cabinetry. 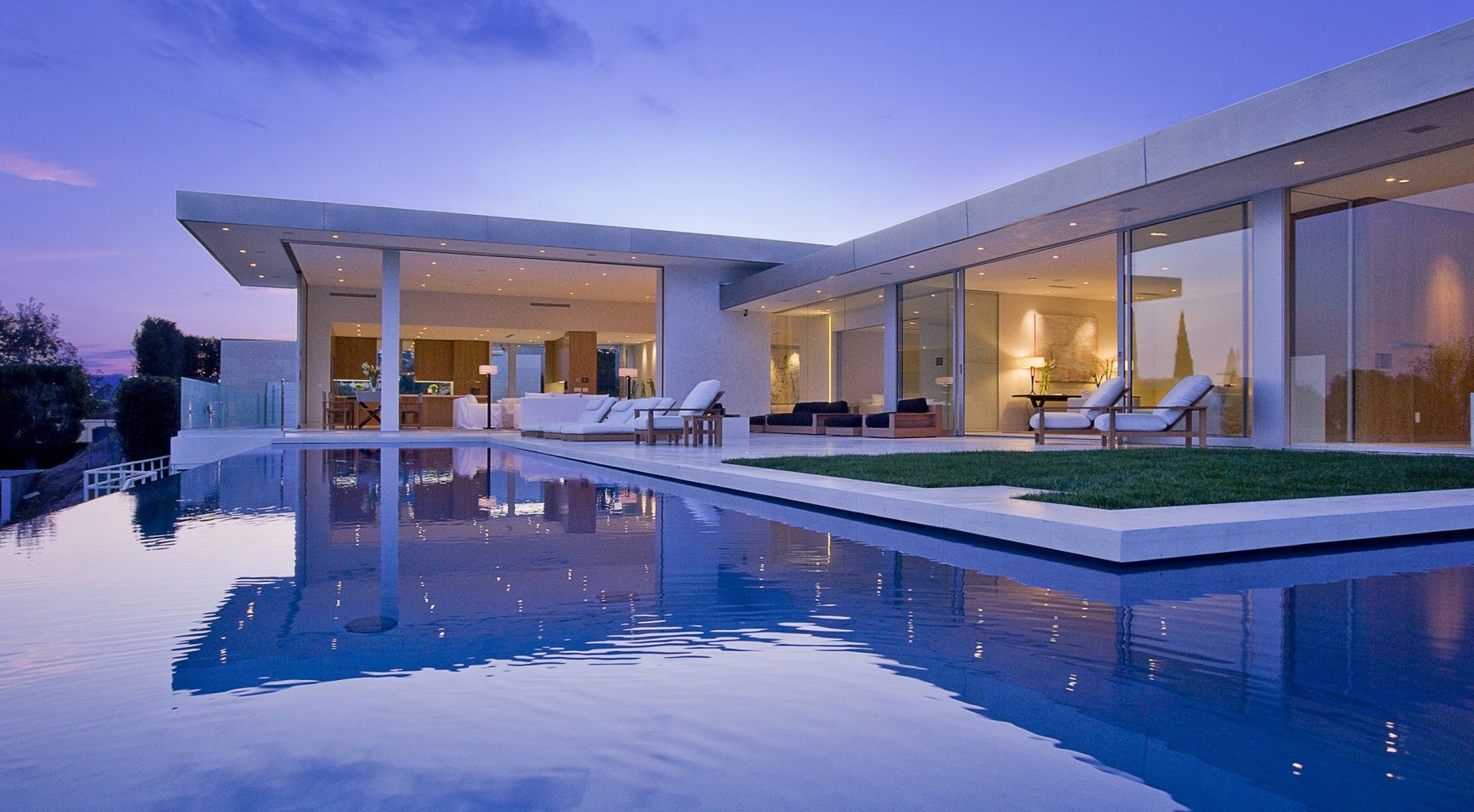 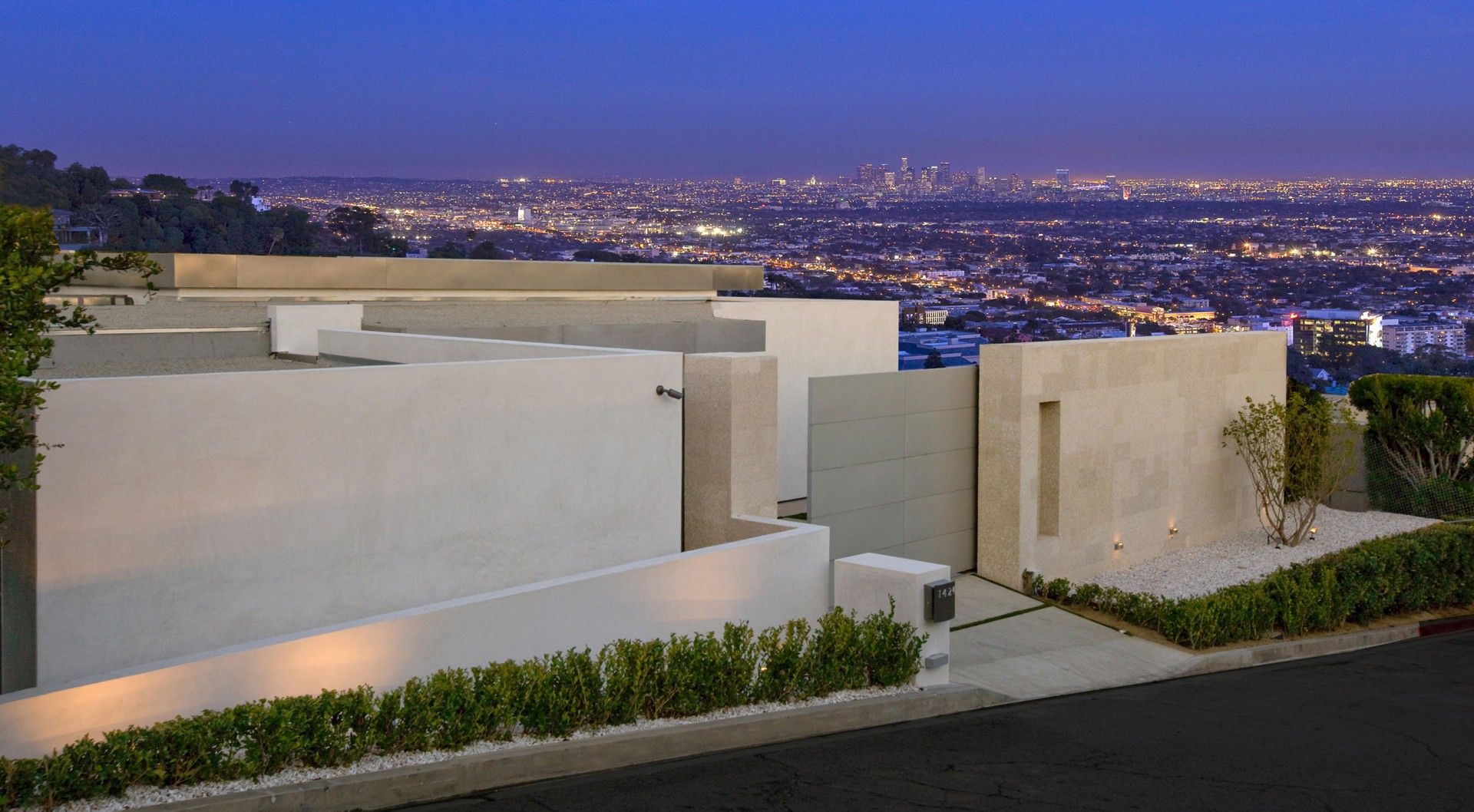 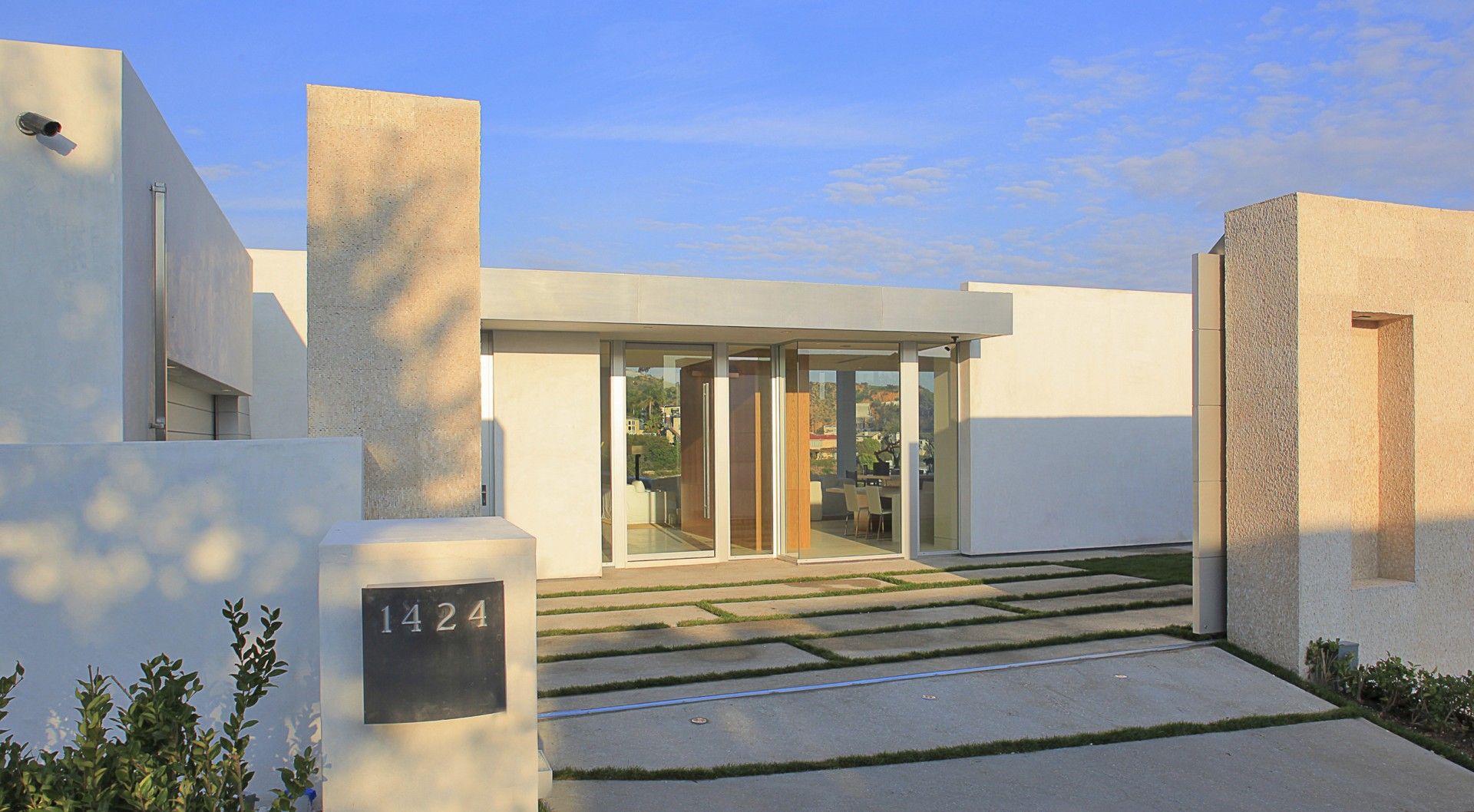 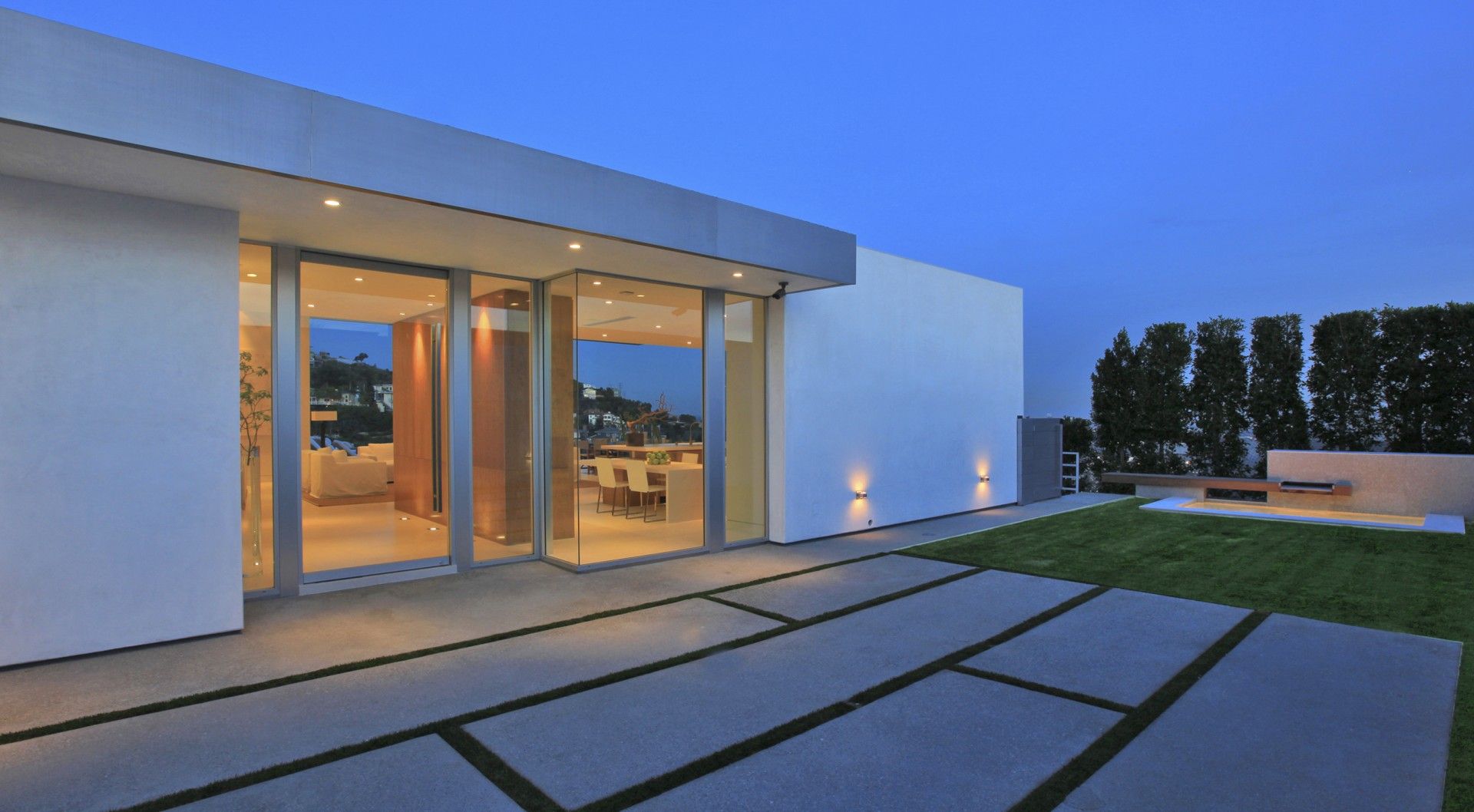 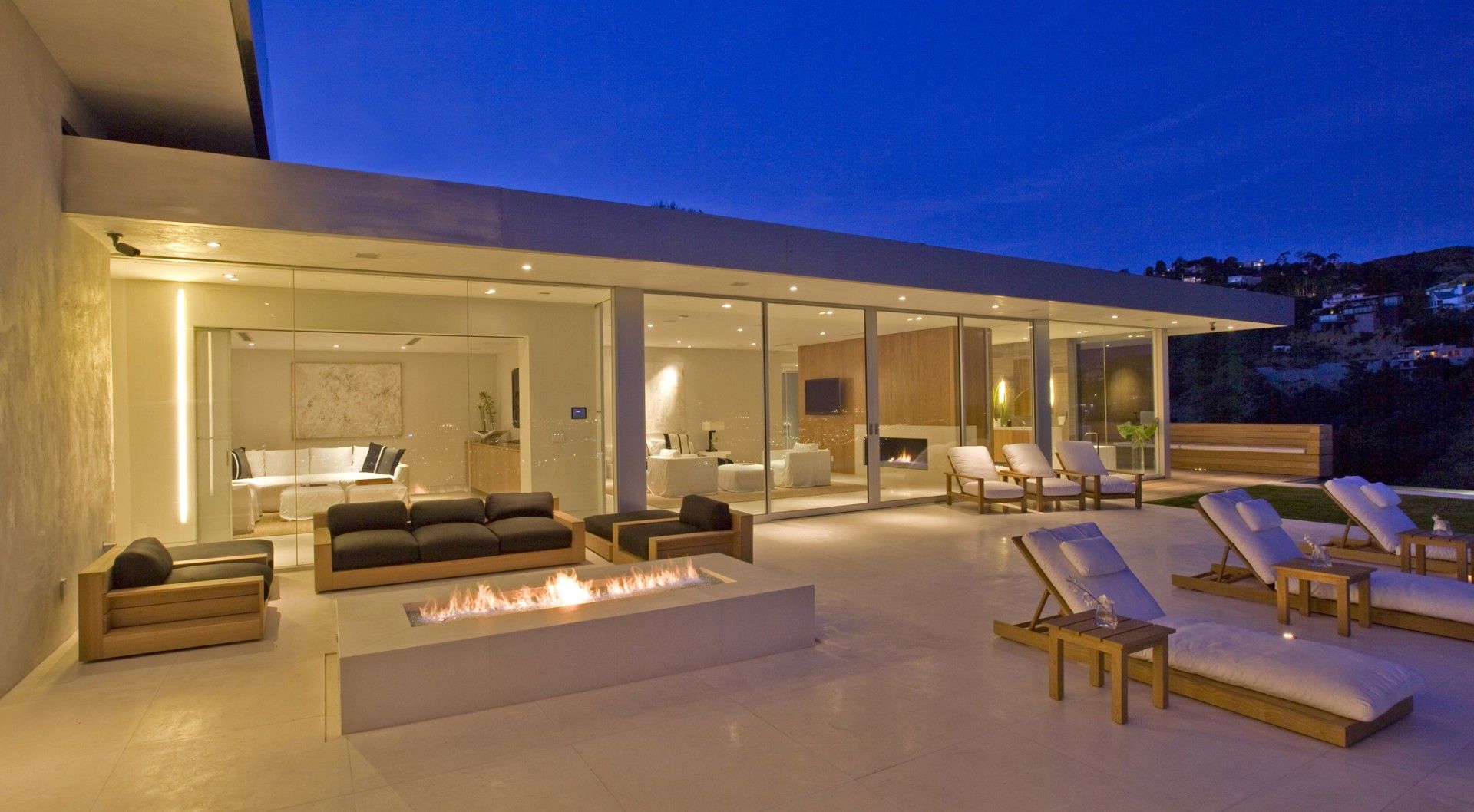 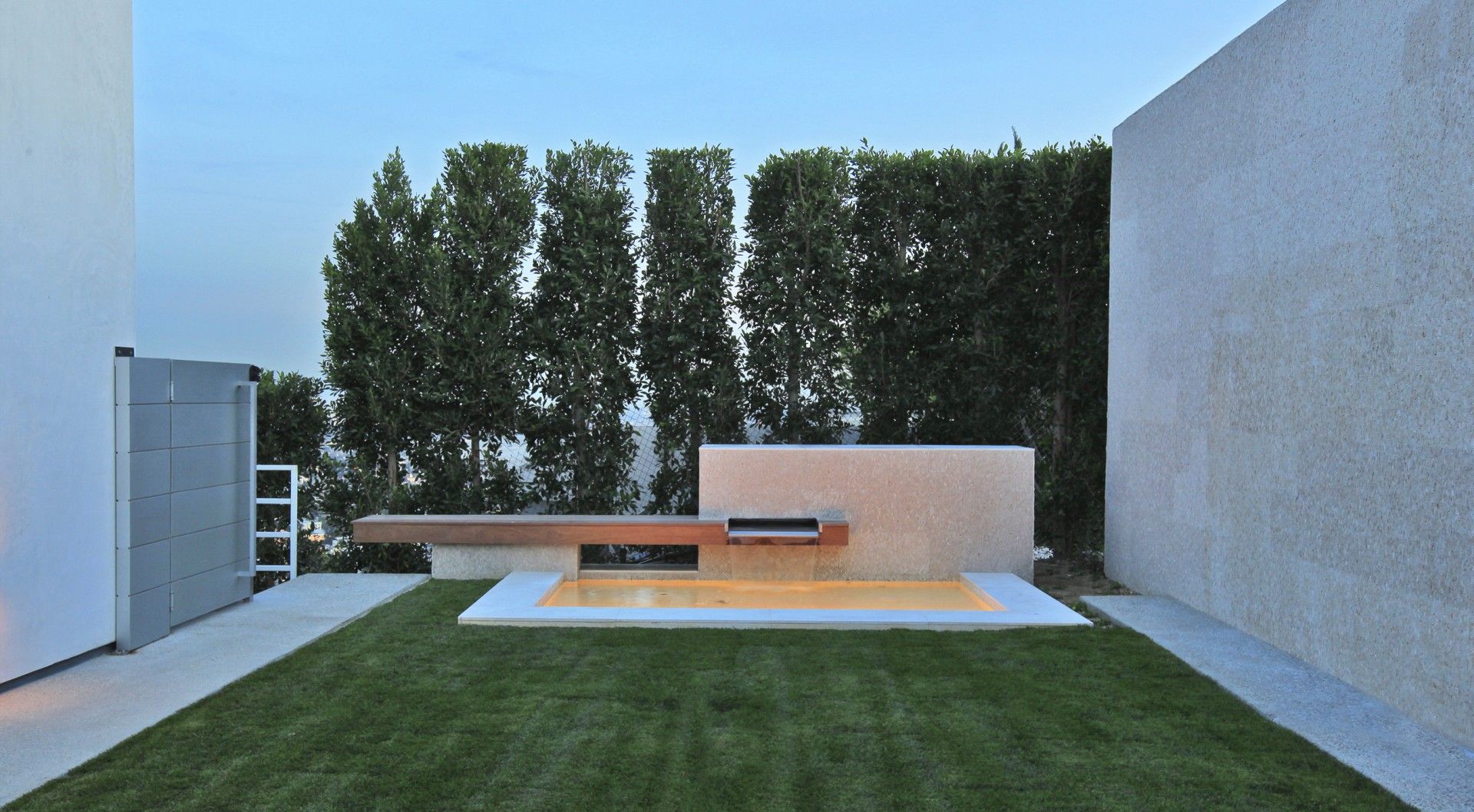 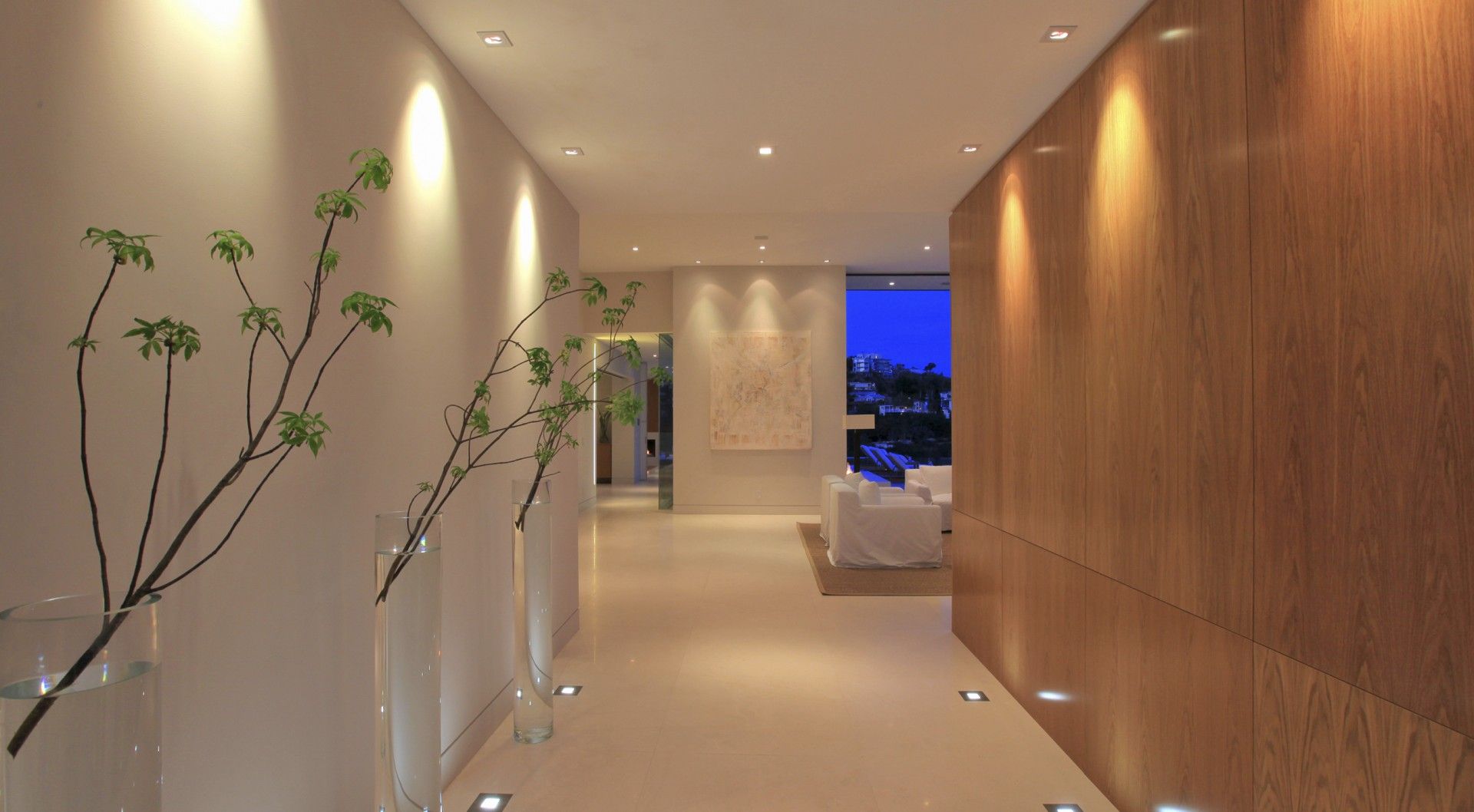 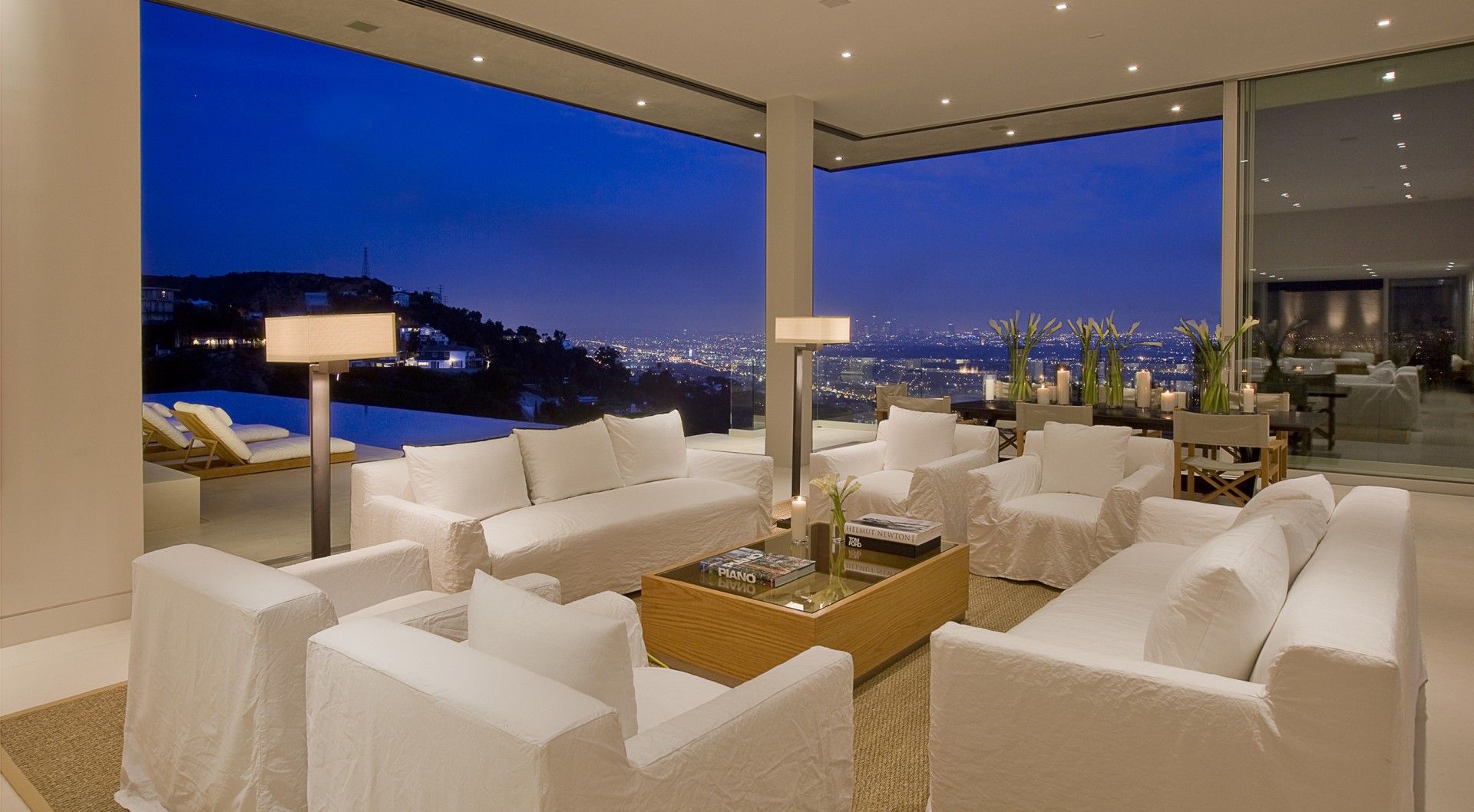 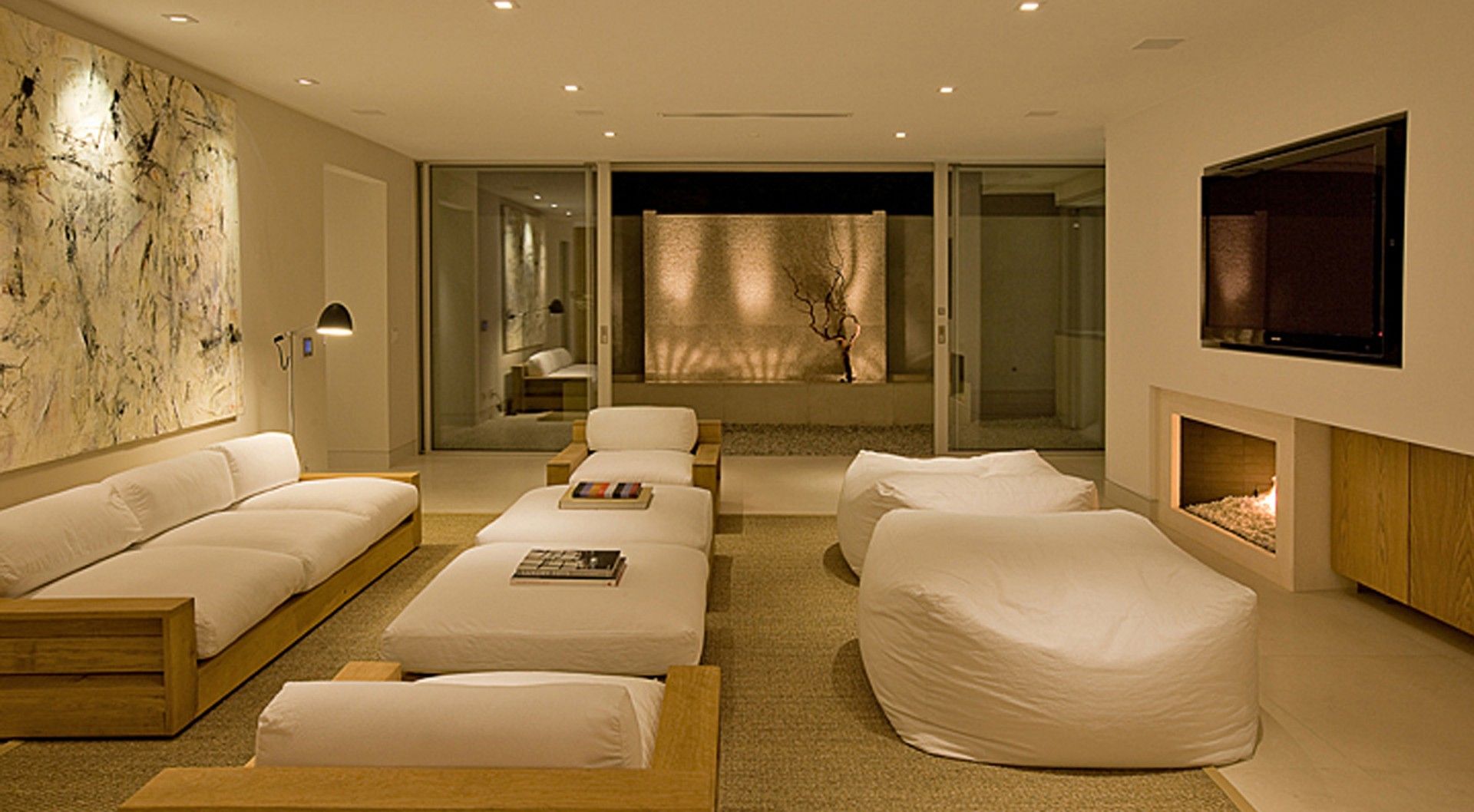 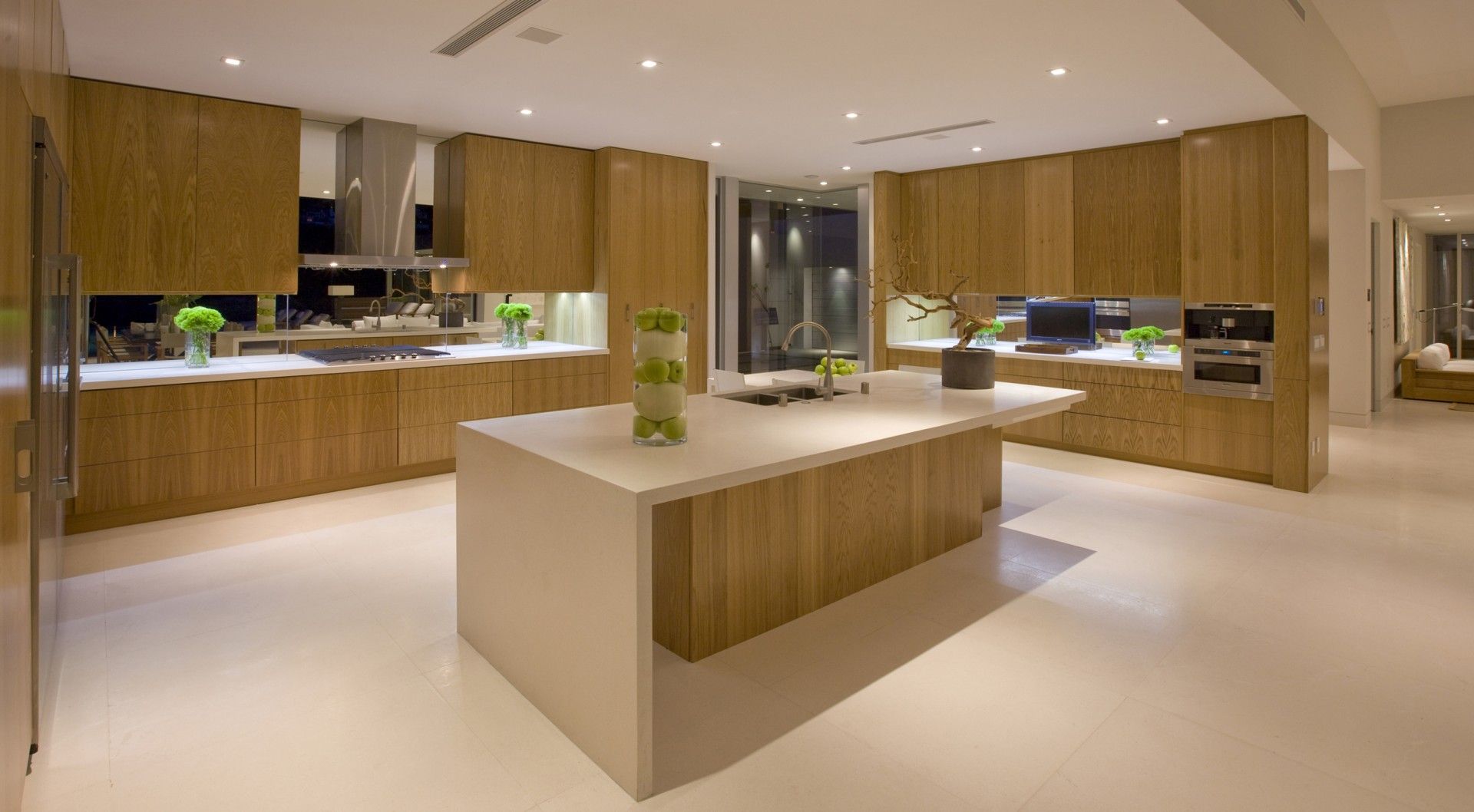 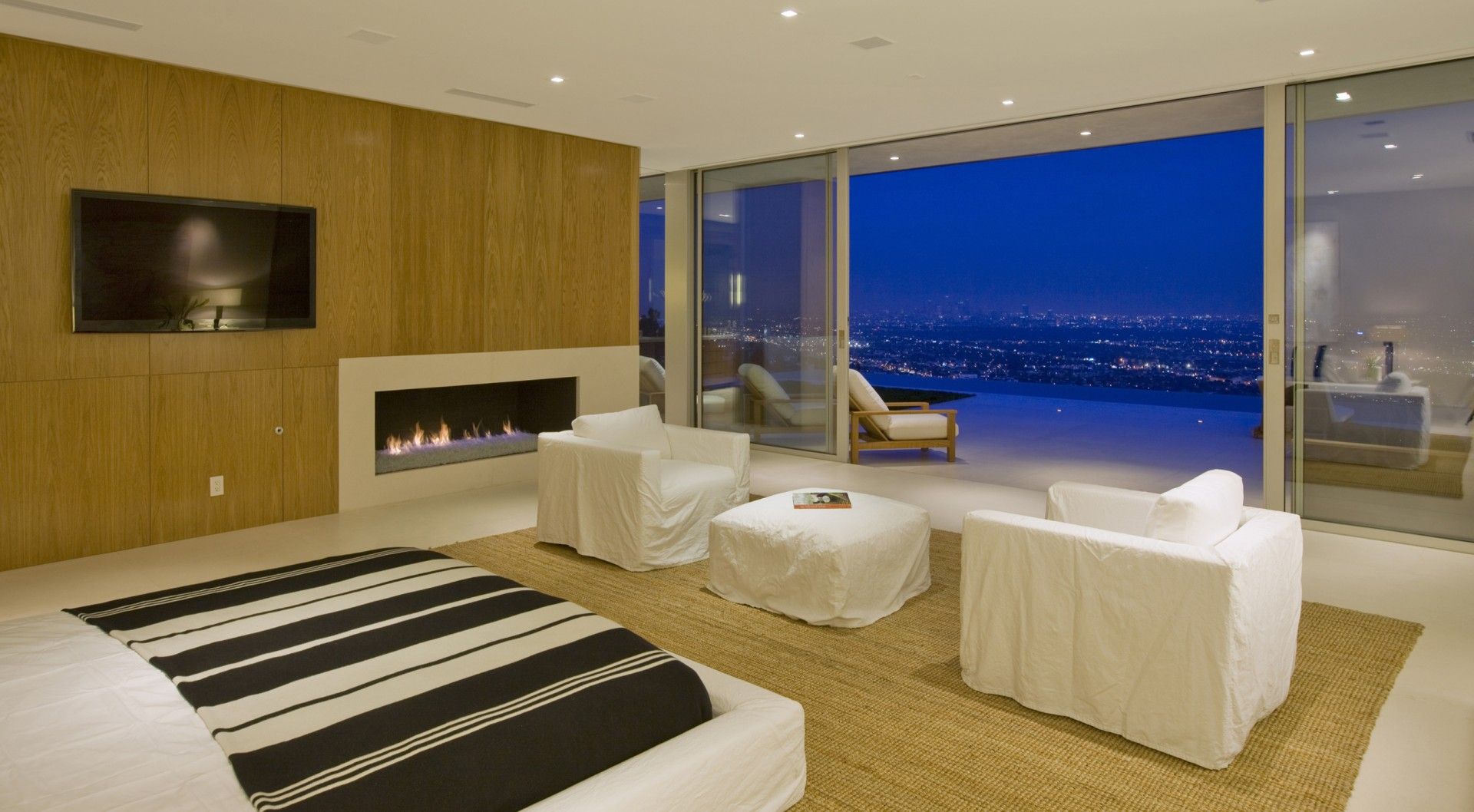 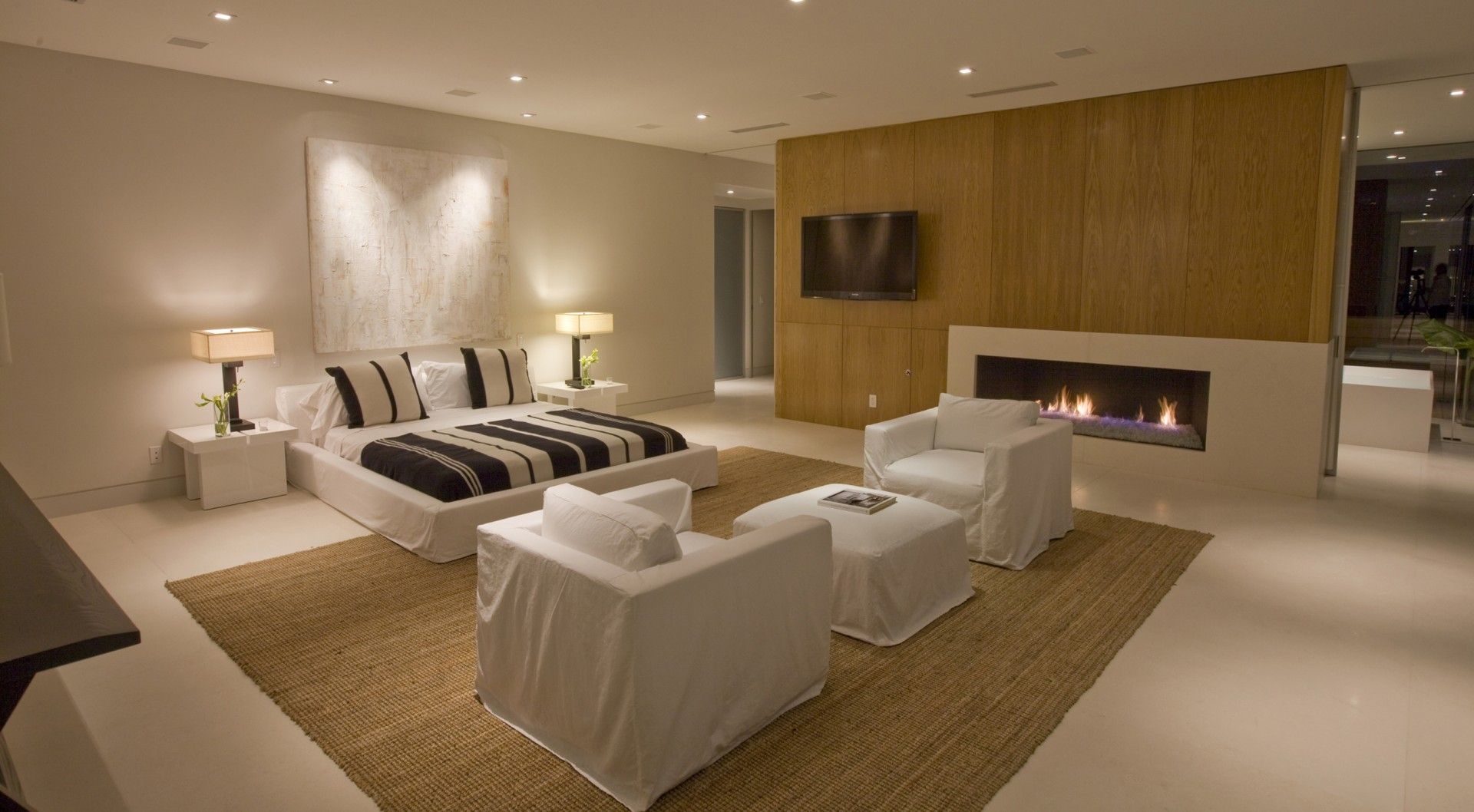 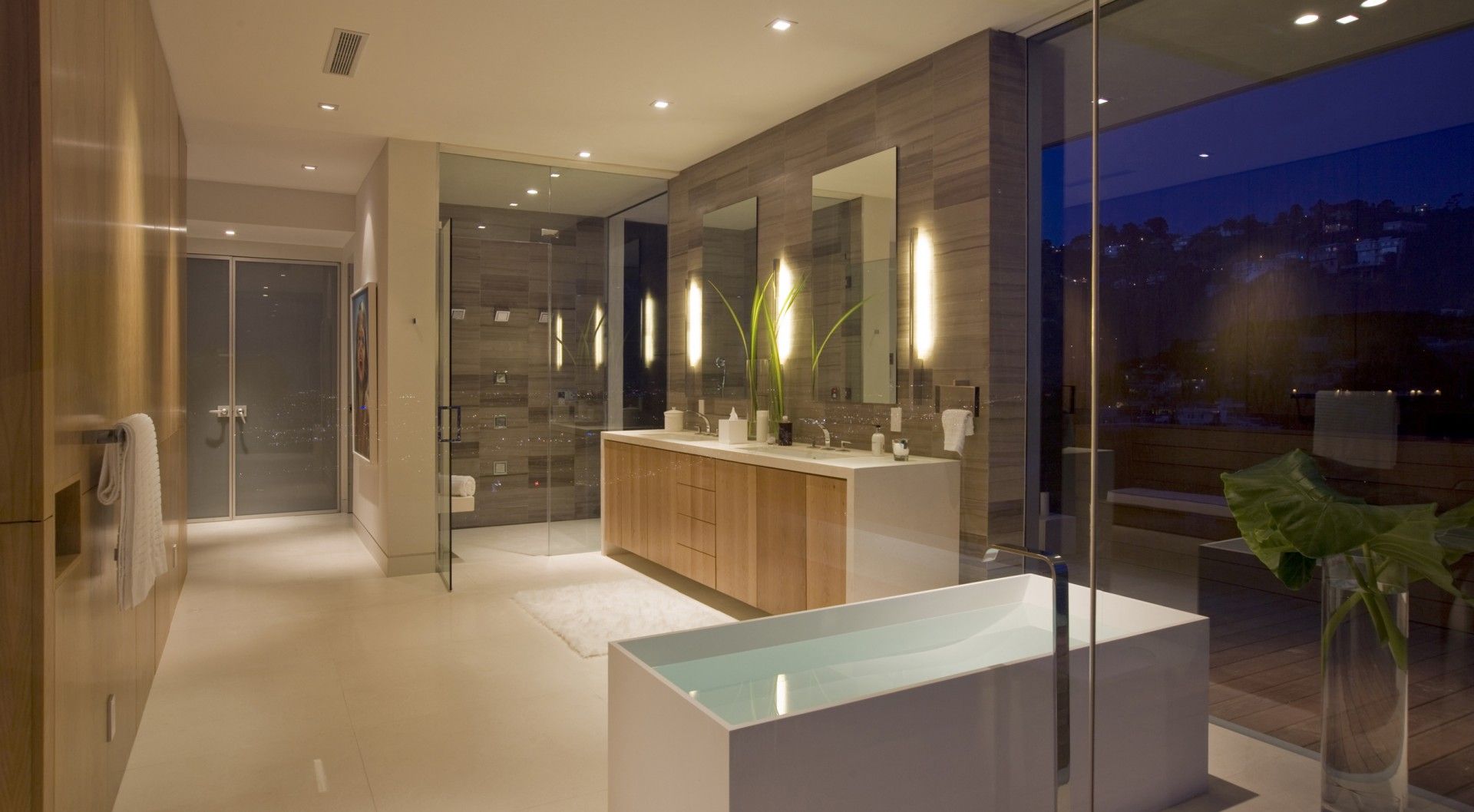 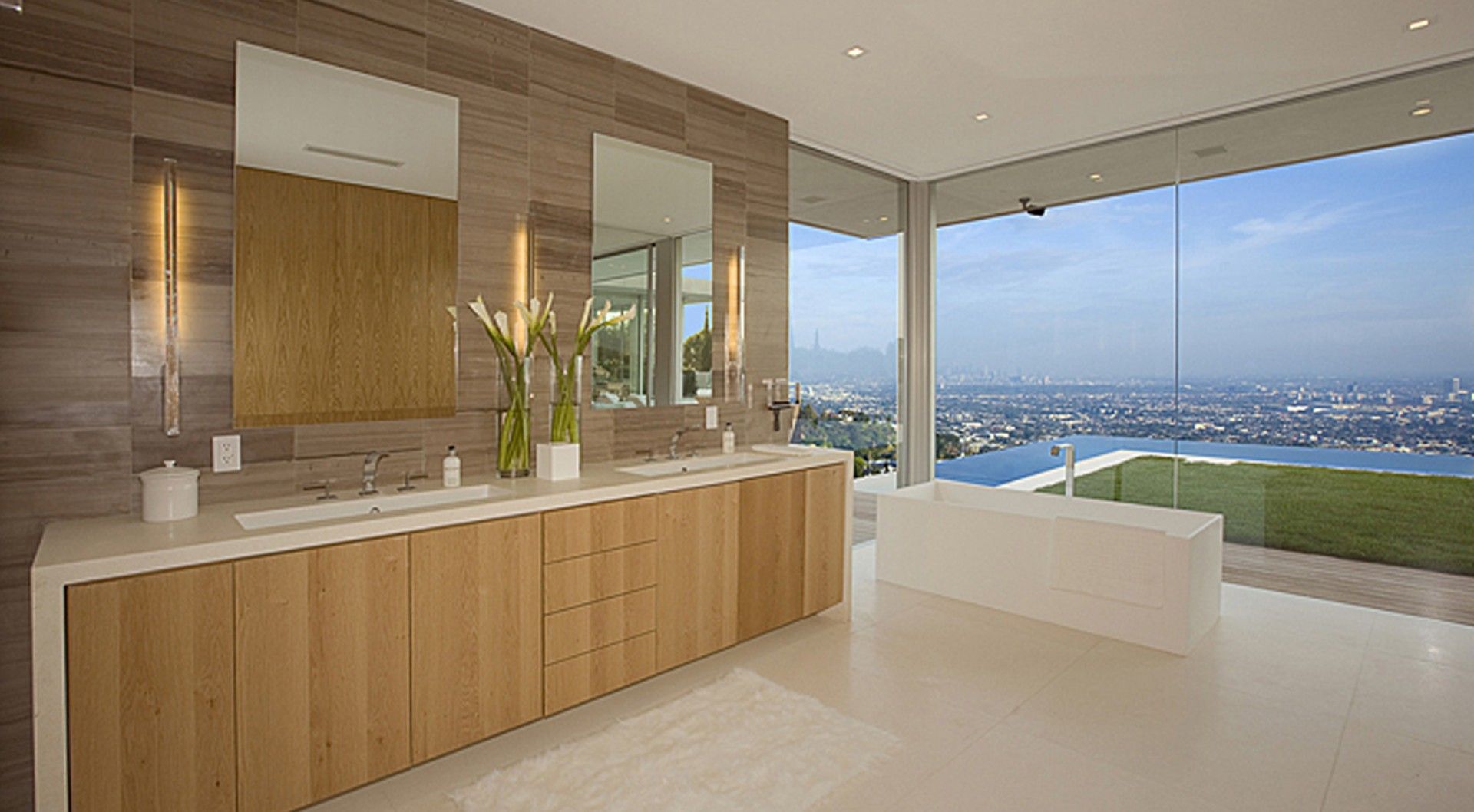 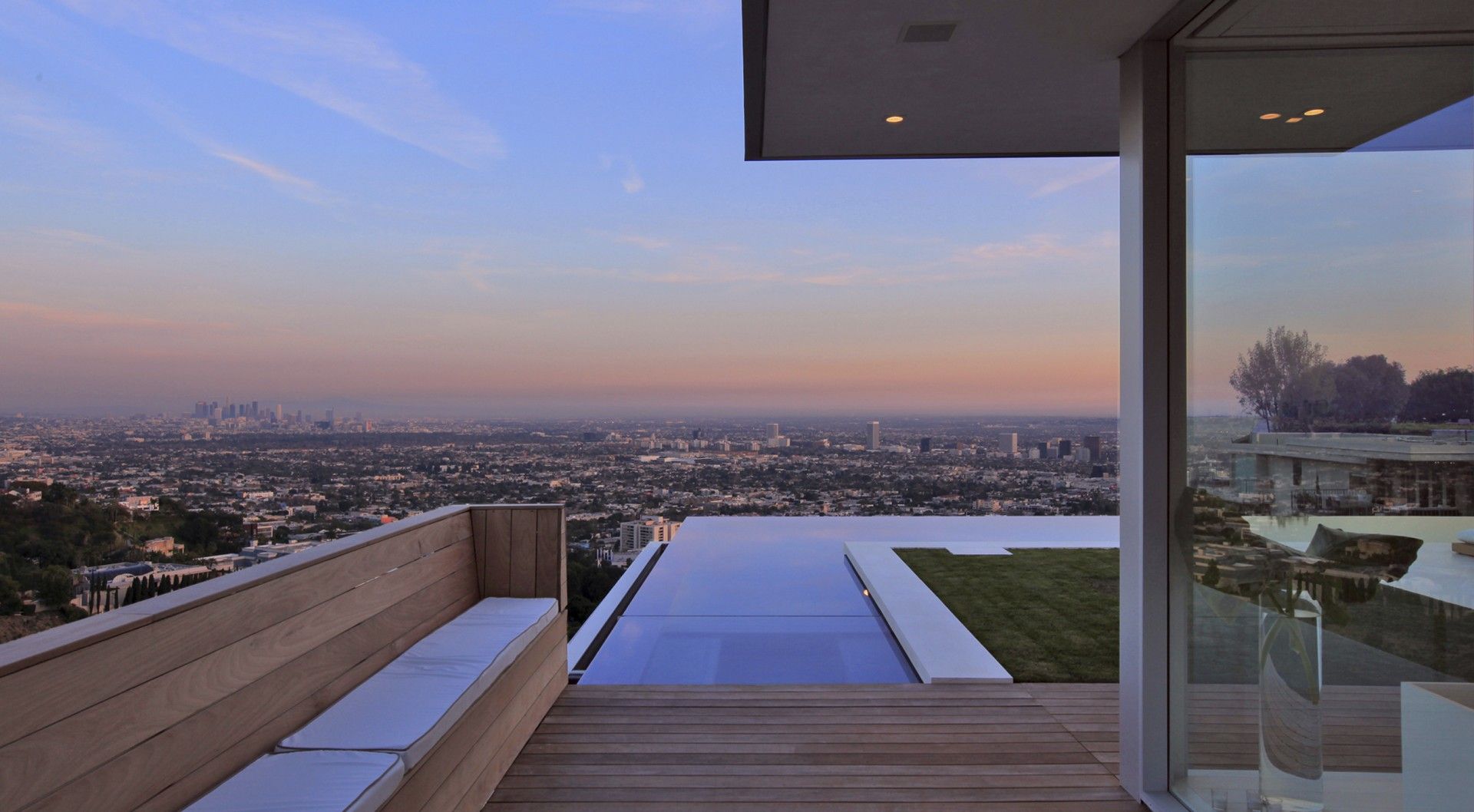 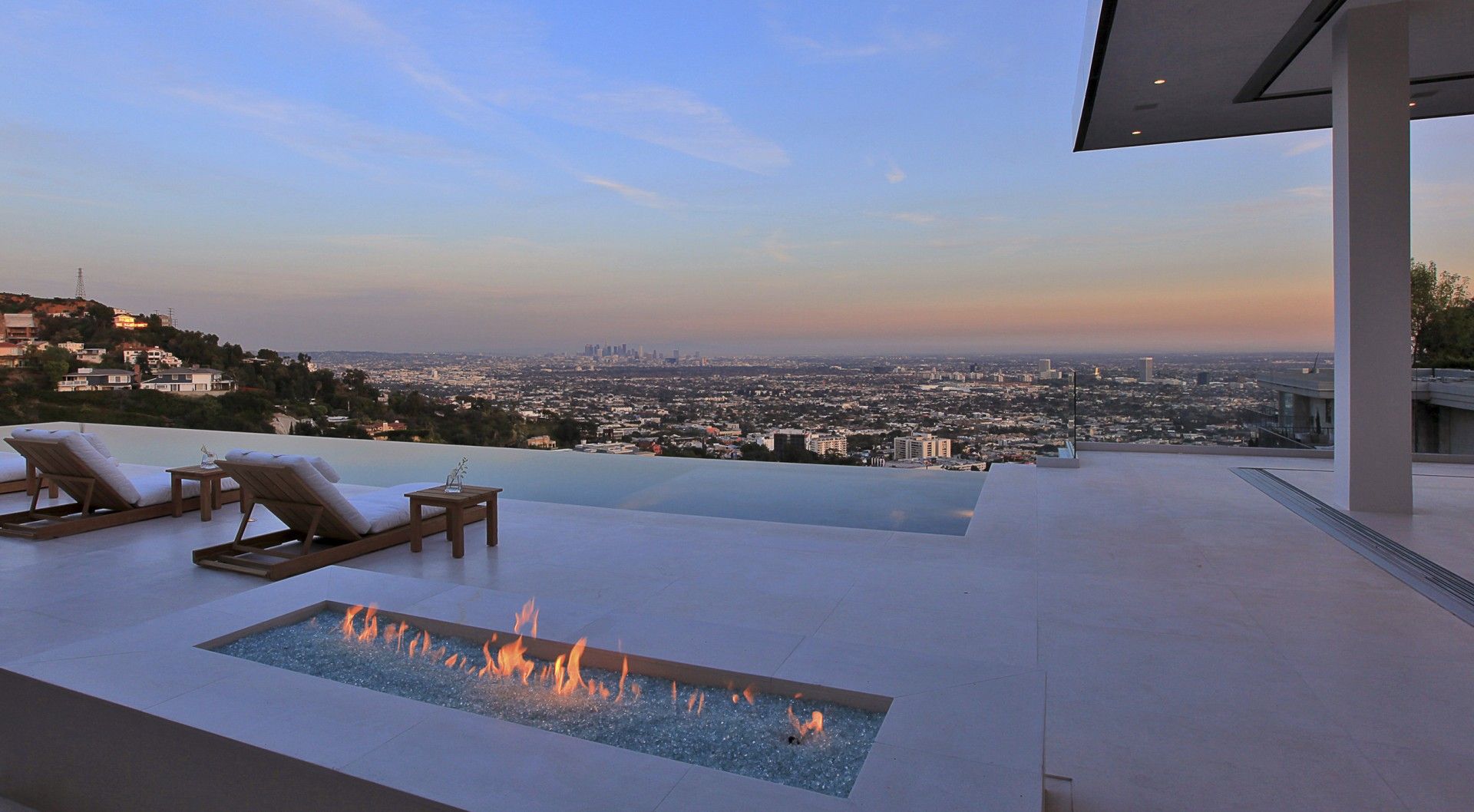 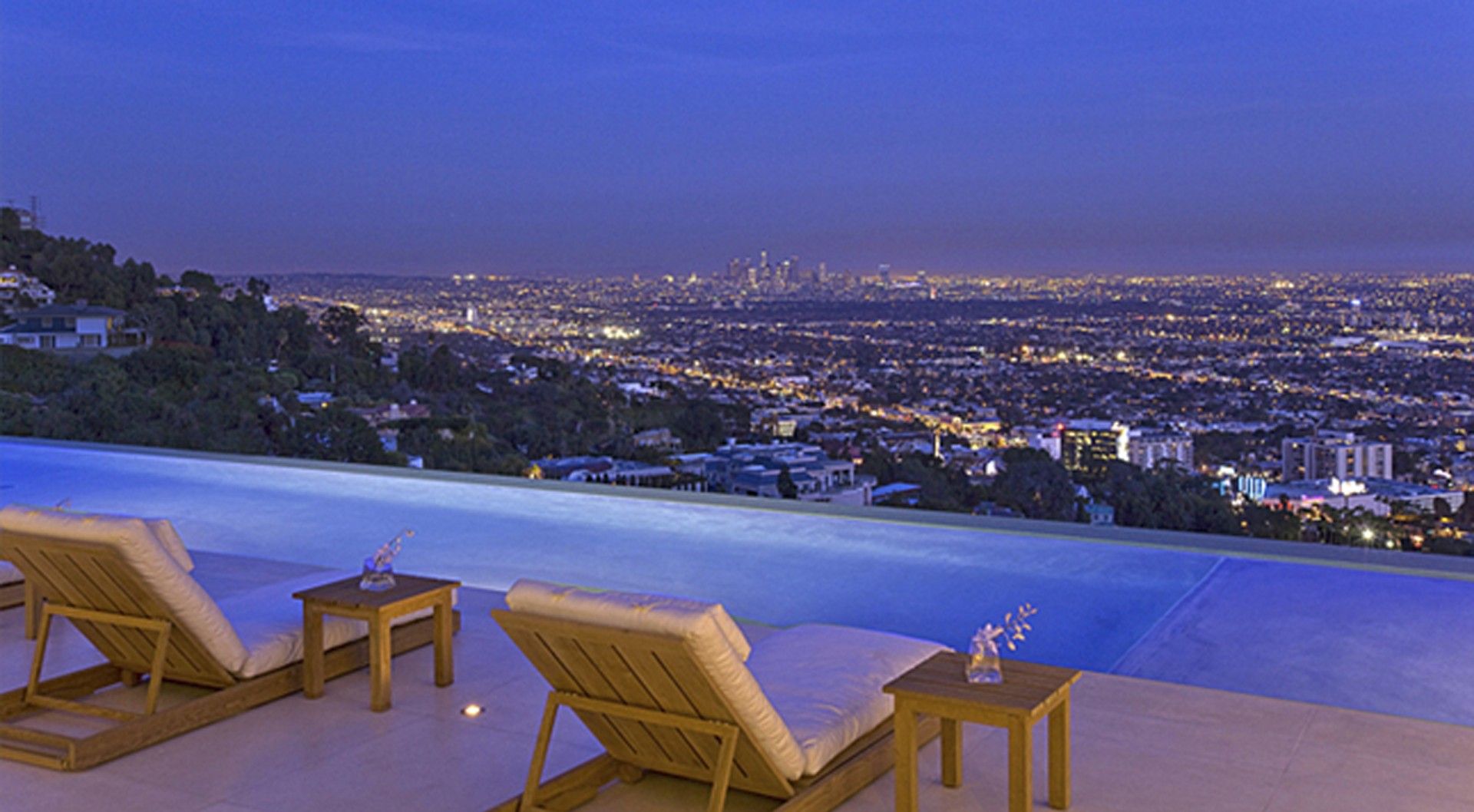